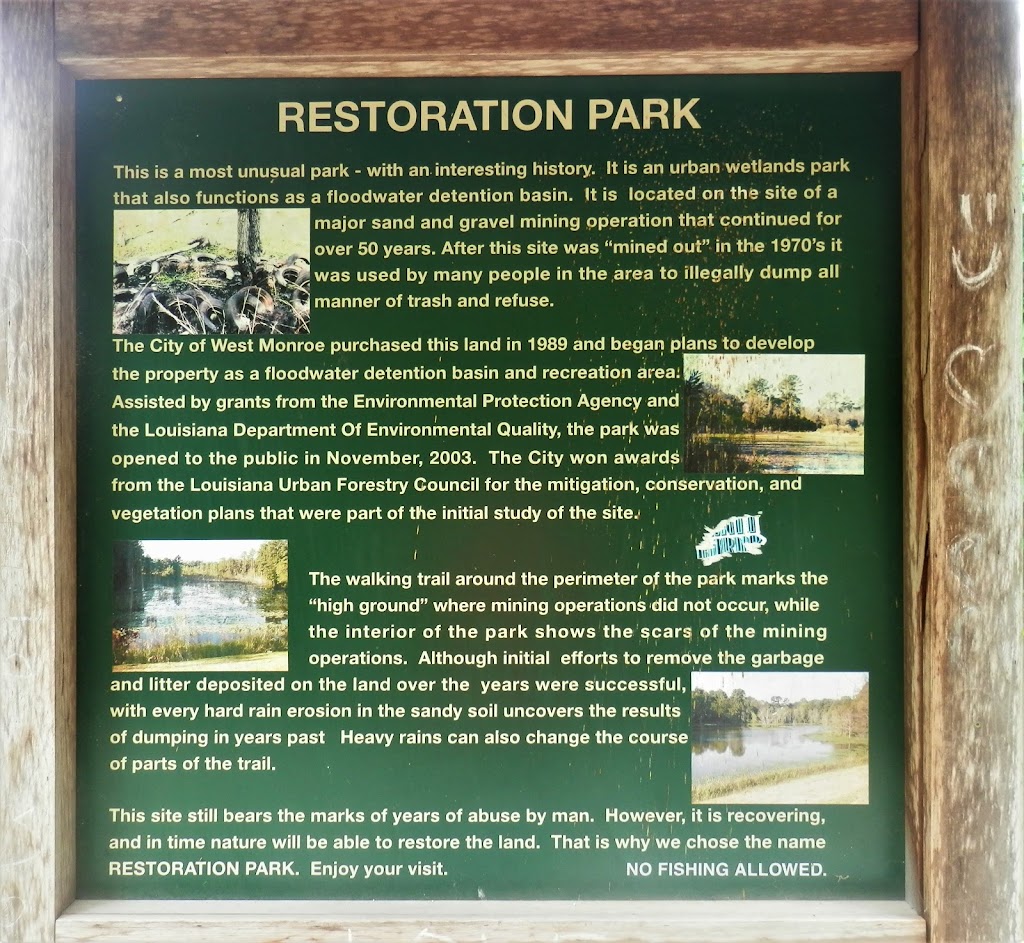 This is a most unusual park - with an interesting history. It is an urban wetlands park that also functions as a floodwater detention basin. It is located on the site of a major sand and gravel mining operation that continued for over 50 years. After this site was "mined out" in the 1970's it was used by many people in the area to illegally dump all manner of trash and refuse.

The City of West Monroe purchased this land in 1989 and began plans to develop the property as a floodwater detention basin and recreation area. Assisted by grants from the Environmental Protection Agency and the Louisiana Department Of Environmental Quality, the park was opened to the public in November, 2003. The City won awards from the Louisiana Urban Forestry Council for the mitigation, conservation, and vegetation plans that were part of the initial study of the site.

The walking trail around the perimeter of the park marks the "high ground” where mining operations did not occur, while the interior of the park shows the scars of the mining operations. Although initial efforts to remove the garbage and litter deposited on the land over  the years were successful, with every hard rain erosion in the sandy soil uncovers the results of dumping in years past. Heavy rains can also change the course of parts of the trail.

This site still bears the marks of years of abuse by man. However, it is recovering, and in time nature will be able to restore the land. That is why we chose the name RESTORATION PARK. Enjoy your visit. NO FISHING ALLOWED.