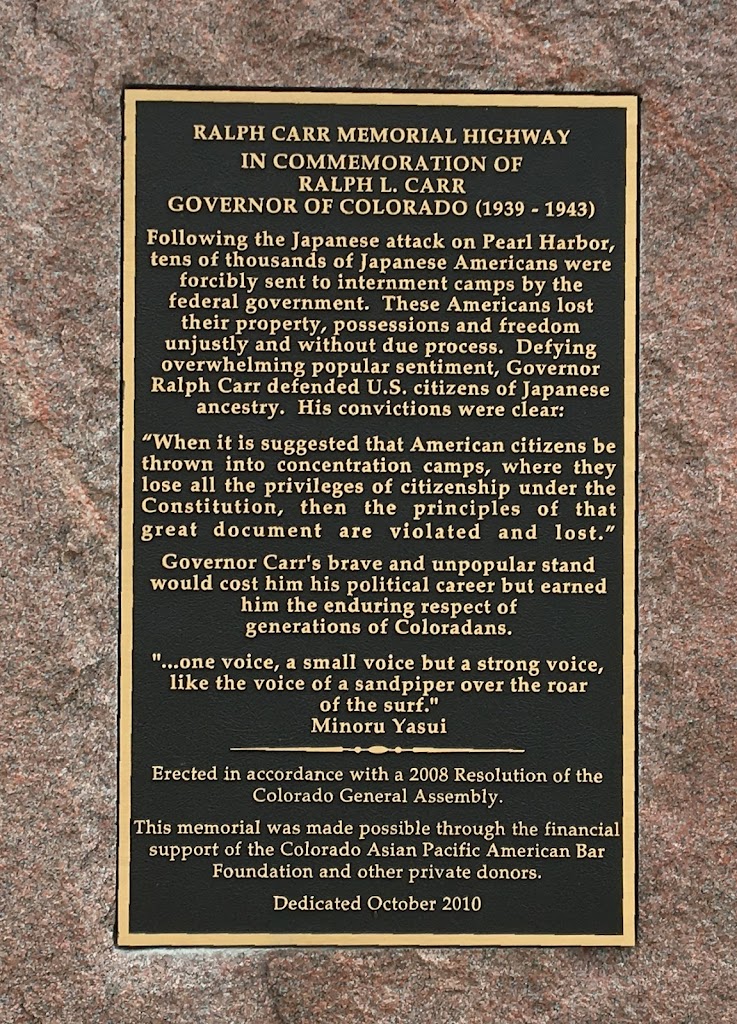 In Commemoration of Ralph L. Carr

Following the Japanese attack on Pearl Harbor, tens of thousands of Japanese Americans were forcibly sent to internment camps by the federal government. These Americans lost their property, possessions and freedom unjustly and without due process. Defying overwhelming popular sentiment, Governor Ralph Carr defended U.S. citizens of Japanese ancestry. His convictions were clear:

“When it is suggested that American citizens be thrown into concentration camps, where they lose all the privileges of citizenship under the Constitution, then the principles of that great document are violated and lost.”

Governor Carr’s brave and unpopular stand would cost him his political career but earner him the enduring respect of generations of Colaradans.

“… One voice, a small voice but a strong voice, like the voice of the sandpiper over the roar of the surf.”

Erected in accordance with a 2008 Resolution of the Colorado General Assembly.

This memorial was made possible through the financial support of the Colorado Asian Pacific American Bar Foundation and other private donors.