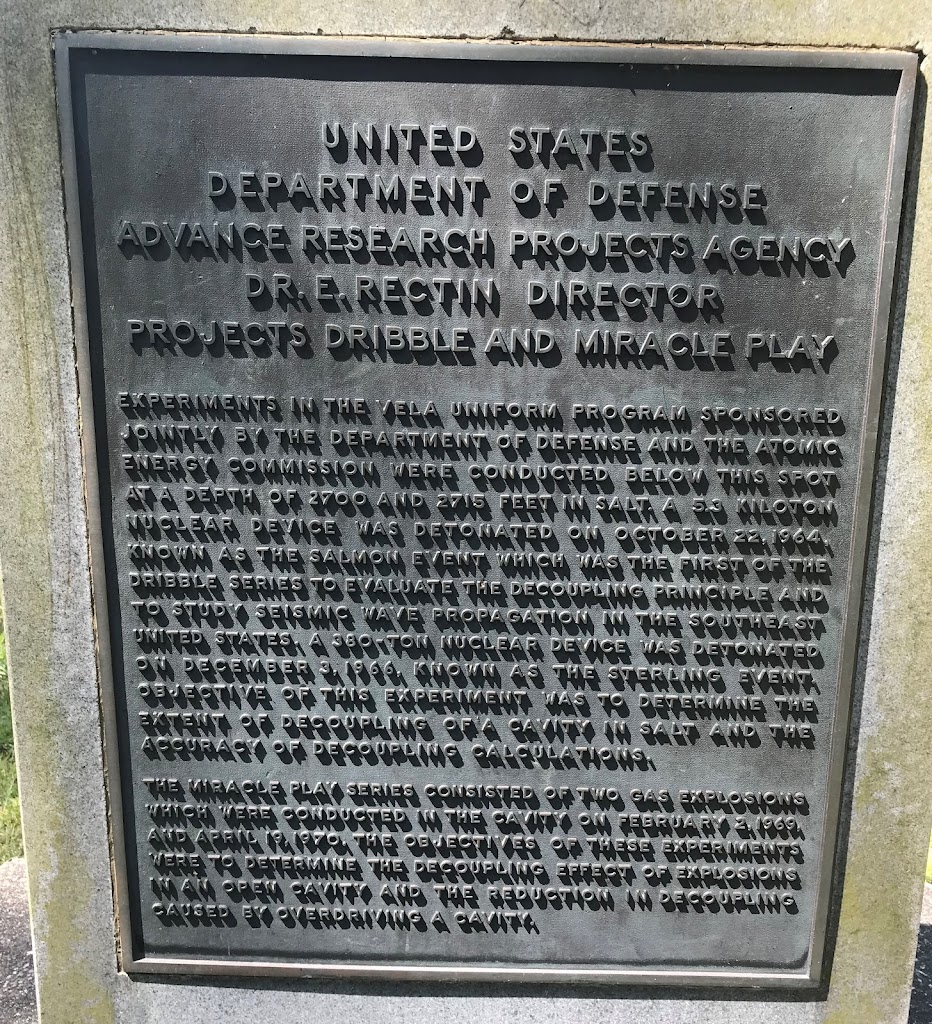 United States Department of Defense Advance Research Projects Agency
The Department of Defense and the Atomic Energy Commission were conducted below this spot at a depth of 2700 and 2715 feet in salt. A 33 kiloton nuclear devise was detonated on October 22, 1964, known as the Salmon Event which was the first of the Dribble Series to evaluate the decoupling principle and to study seismic wave propagation in the southeast United States. A 380-ton nuclear device was detonated on December 3, 1964, known as the Sterling Event objective of this experiment was to determine the extent of decoupling of a cavity in salt and the accuracy of decoupling calculations.The Miracle Play series consisted of two gas explosions which were conducted in the cavity on February 3, 1969, and April 19, 1970. The objectives of these experiments were to determine the decoupling effect of explosions in an open cavity and the reduction in decoupling caused by overdriving a cavity.