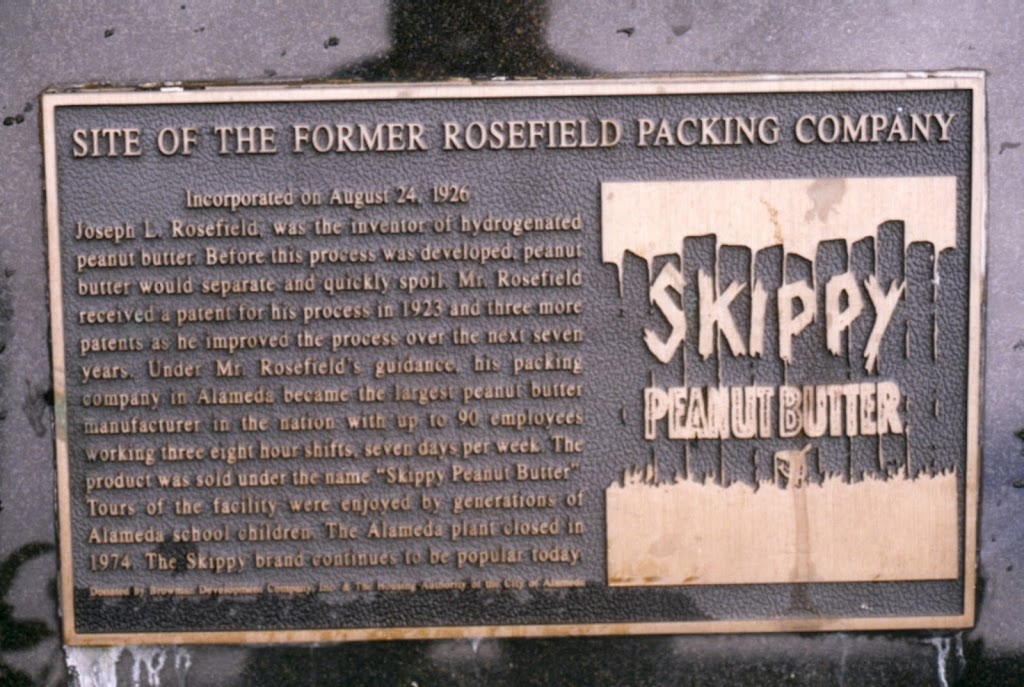 Joseph L. Rosenfield  was the inventor of hydrogenated
peanut butter. Before this process was developed, peanut
butter would separate and quickly spoil. Mr. Rosenfield
received a patent for his process in 1923 and three more
patents as he improved the process over the next seven
years. Under Mr. Rosenfield’s guidance, his packing
company in Alameda became the largest peanut butter
manufacturer in the nation with up to 90 employees
working three eight hour shifts seven days a week. The
product was sold under the name "Skippy Peanut Butter"
Tours of the facility were enjoyed by generations of
Alameda school children. The Alameda plant closed in
1974. The Skippy brand continues to be popular today.