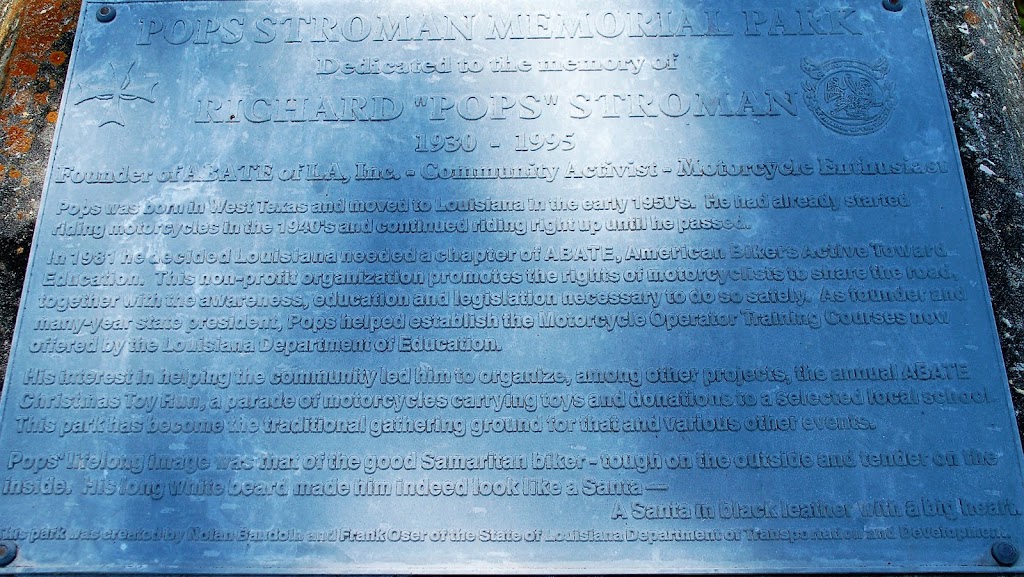 Dedicate to the memory of

1930-1995
— Founder of ABATE of LA, Inc. - Community Activist - Motorcycle Enthusist -
Pops was born in West Texas and moved to Louisiana in the early 1950s. He had already started riding motorcycles in the 1940's and continued riding right up until he passed.

In 1981 he decided Louisiana needed a chapter of ABATE, American Bikers Active Toward Education. This non-profit organization promotes the rights of motorcyclists to share the road, together with awareness, education and legislation necessary to do so safely. As founder and many-year state president, Pops helped establish the Motorcycle Operator Training Courses now offered by the Louisiana Department of Education.

Pops' lifelong image was that of the good Samaritan biker - tough on the outside and tender on the inside. His long white beard made him indeed look like a Santa -

A Santa in black leather with a big heart.

This park was created by Nolan Baudoin and Frank Oser of the State of Louisiana Department of Transportation and Development.