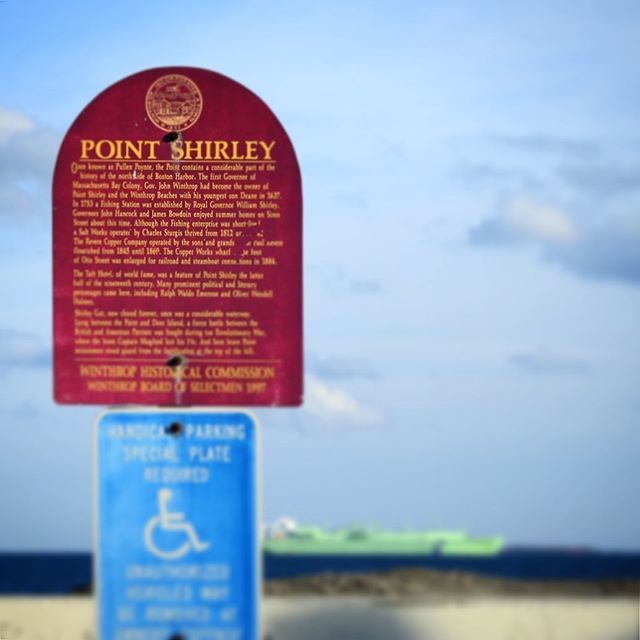 Once known as Pullen Poynte, the Point contains a considerable part of the history of the north side of #BostonHarbor. The first Governor Massachusetts Bay Colony, Gov. #JohnWinthrop had become the owner of #PointShirley and the Winthrop Beaches with his youngest son Deane in 1637. In 1753 a Fishing Station was established by Royal Governor William Shirley. Governors #JohnHancock and James Bowdoin enjoyed summer homes on Siren Street about this time. Although the Fishing enterprise was short-lived, a Salt Works operated by Charles Sturgis thrived from 1812 until 1841. The Revere Copper Company operated by the sons and grandsons of #PaulRevere flourished from 1845 until 1869. The Copper Works wharf from the foot of Otis Street was enlarged for railroad and steamboat connections in 1884. . The Taft Hotel, or world fame, was a feature of Point Shirley the latter half of the nineteenth century. Many prominent political and literary personages came here, including #RalphWaldoEmerson and #OliverWendellHolmes. . #ShirleyGut, now closed forever, once was a considerable waterway. Lying between the Point and Deer Island, a fierce battle between British and American Patriots was fought during the Revolutionary War, where the brave Captain Mugford lost his life. And here brave Point minutemen stood guard from the fortification at the top of the hill