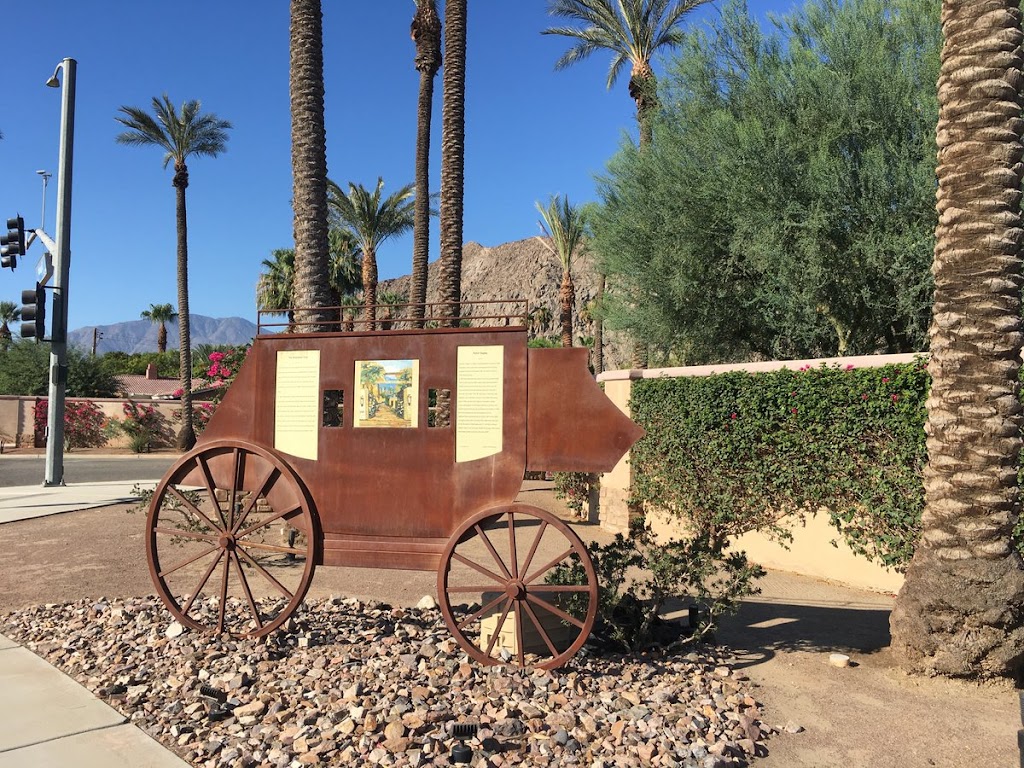 Point Happy
Circa 1906
Norman "Happy" Lundbeck homesteaded the property in 1906.
His home, a store, and a farm were located on this site that
became known as Point Happy. After his death in 1913, his
wife took ownership.
In 1922 the homestead was sold to Chauncey and Marie Clark.
They turned it into the Point Happy Date Garden and Ranch.
Arabian horses were also bred there. One of them was the
mount of silent screen star Rudolph Valentino in the silent
movie hit "The Sheik". After Mr. Clark died in 1926, Mrs. Clark
stayed on and continued to run the ranch. When she passed
away in 1948, she left Point Happy to Claremont College.
It was subsequently sold to William DuPont Jr., an heir to the
DuPont Chemical fortune. He lived there until his death in 1965.
The ranch property was sold to developers and the
Highland Palms neighborhood was built in 1965. In the 1980's
a shopping center with La Quinta's first supermarket was built
on the SW corner of Washington and 111. St. Francis of Assisi
Catholic Church was built at the southernmost part of the ranch.
Point Happy Estates was built in the early 2000's.

The Bradshaw Trail
1916.
Circa 1862
To the Cahuilla, the native people of this valley, this point of
land was important because it marked access to water. They
dug a well into the wash with steps leading down to water
level less than 300 yards from this site. That well was the
namesake of the city of Indian Wells. Floods destroyed it in
In 1862 frontiersman William Bradshaw left San Bernardino
looking for a route to the Colorado River to search for gold.
He, too, made use of the well adjacent to this location. Using
well-traveled Indian trails, he found this route to the river.
He called it Bradshaw Trail and the Bradshaw Stage line was
formed. Because of the well this area became a major stop.
The line ceased to exist in 1877, put out of business by the
depletion of gold and the coming of the railroad in 1876.