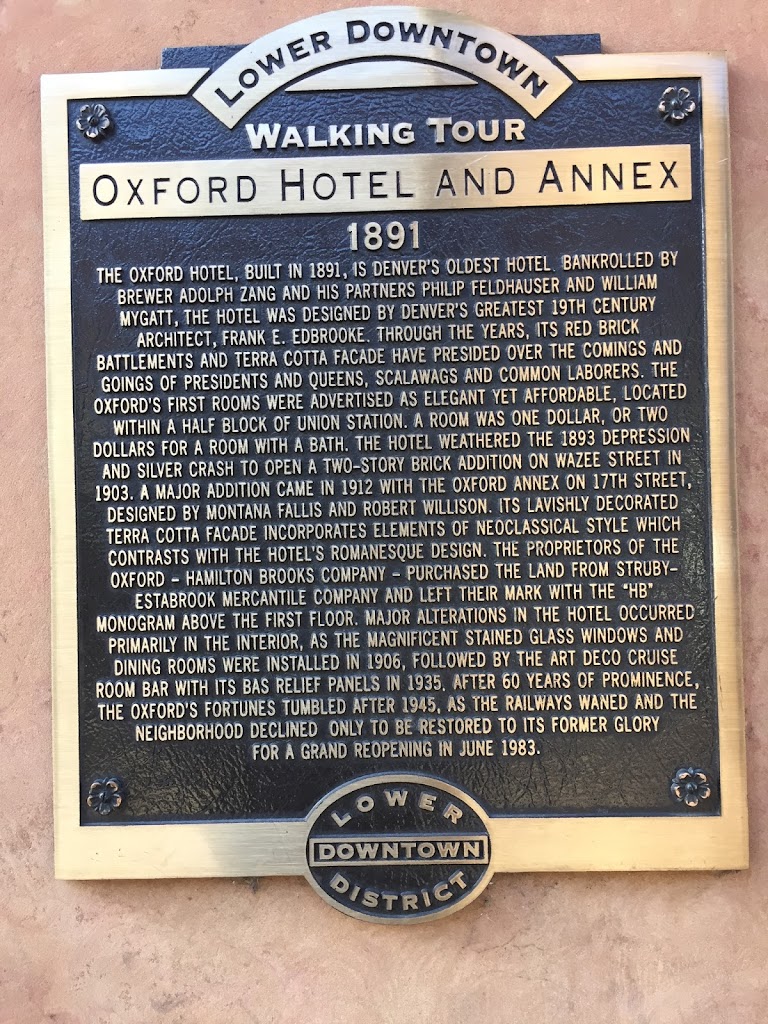 The Oxford Hotel, built in 1891, is Denver's oldest hotel. Bankrolled by

Mygatt, the hotel was designed by Denver's greatest 19th century

architect, Frank E. Edbrooke. Through the years, its red brick

battlements and terra cotta facade have presided over the comings and

goings of presidents and queens, scallywags and common laborers. The

Oxford's first rooms were advertised as elegant yet affordable, located

within a half block of Union Station. A room was one dollar, or two

dollars for a room with a bath. The hotel weathered teh 1893 depression

designed by Montana Fallis and Robert Willison. Its lavishly decorated

contrasts with the hotel's romanesque design. The proprietors of the

Estabrook Mercantile Company and left their mark with the "HB"

monogram above the first floor. Major alterations in the hotel occurred

primarily in the interior, as the magnificent stained glass windows and

dining rooms were installed in 1906, followed by the art deco Cruise

Room Bar with its bats relief panels in 1935. After 60 years of prominence,

the Oxford's fortunes tumbled after 1945, as the railways waned and the

neighborhood declined only to be restored to its former glory