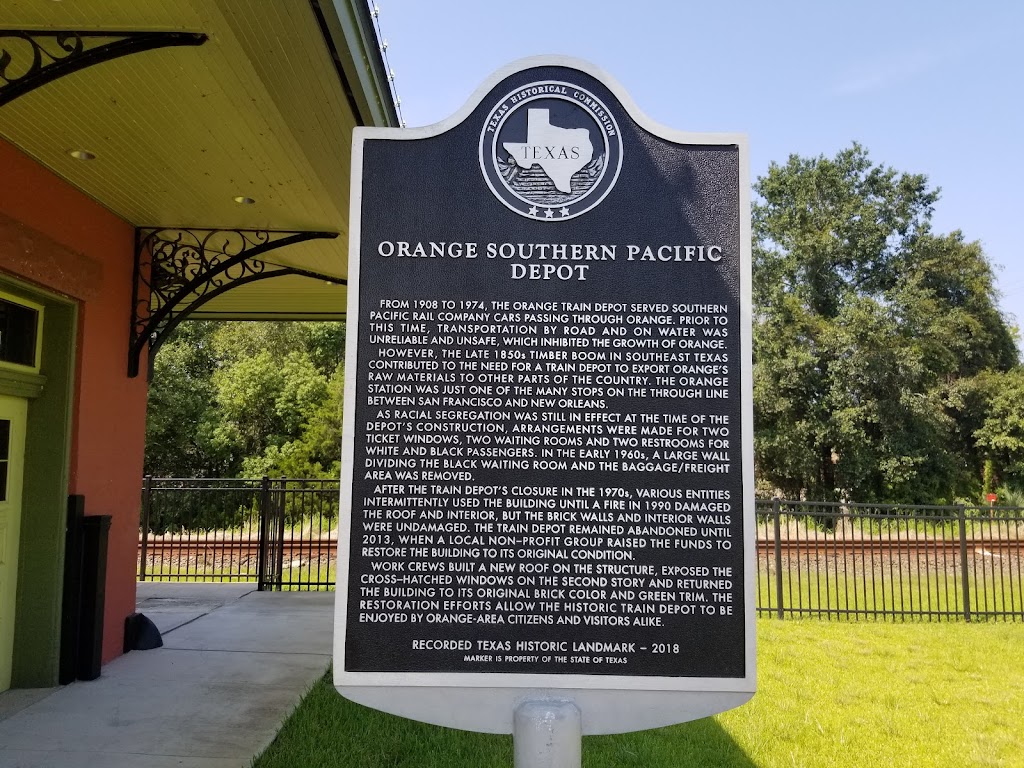 From 1908 to 1974, the Orange train depot served Southern Pacific Rail company cars passing through Orange. prior to this time, transportation by road and on water was unreliable and unsafe, which inhibited the growth of Orange.

However, the late 1850s timber boom in southeast Texas contributed to the need for a train depot to export Orange's raw materials to other parts of the country. The Orange station was just one of the many stops on the through line between San Francisco and New Orleans.

As racial segregation was still in effect at the time of the depot's construction, arrangements were made for two ticket windows, two waiting rooms and two restrooms for white and black passengers. In the early 1960s, a large wall dividing the black waiting room and the baggage/freight area was removed.

After the train depot's closure in the 1970s, various entities intermittently used the building until a fire in 1990 damaged the roof and interior, but the brick walls and interior walls were undamaged. the train depot remained abandoned until 2013, when a local non—profit group raised the funds to restore the building to its original condition. Work crews built a new roof on the structure, exposed the cross—hatched windows on the second story and returned the building to its original brick color and green trim. The restoration efforts allow the historic train depot to be enjoyed by Orange-area citizens and visitors alike.