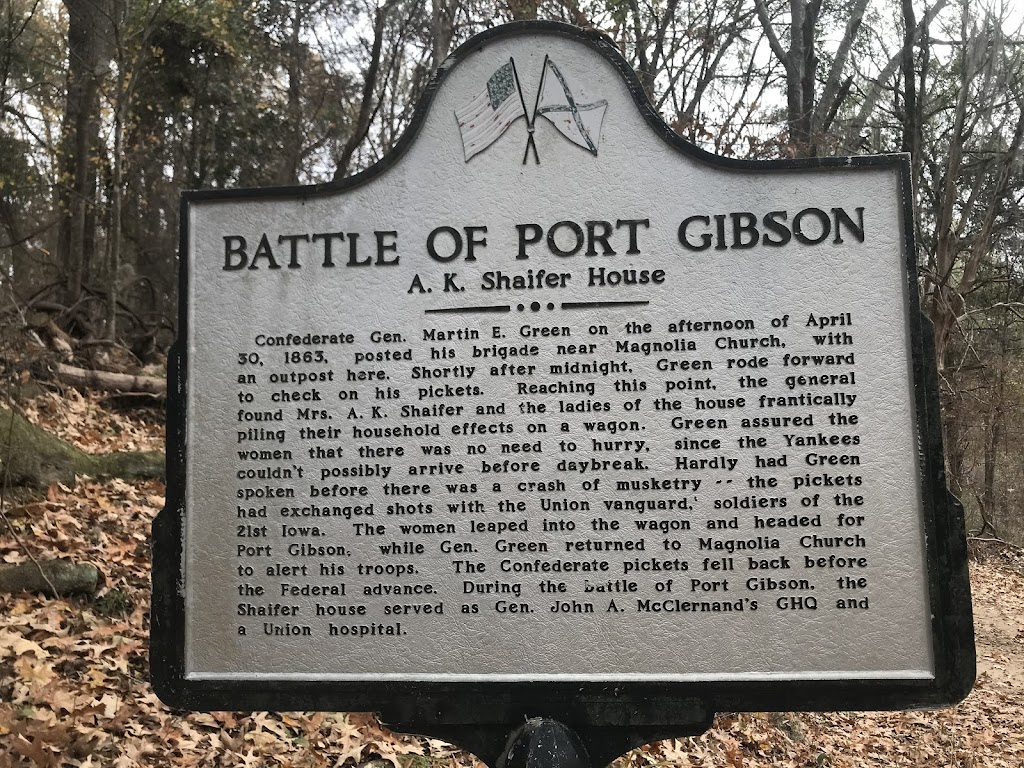 Confederate Gen. Martin E. Green on the afternoon of April 30, 1863, posted his brigade near Magnolia Church, with an outpost here. Shortly after midnight. Green rode forward to check on his pickets. Reaching this point, the general found Mrs. A. K. Shaifer and the ladies of the house frantically piling their household effects on a wagon. Green assured the women that there was no need to hurry, since the Yankees couldn't possibly arrive before daybreak. Hardly had Green spoken before there was a crash of musketry -- the pickets had exchanged shots with the Union vanguard,' soldiers of the 21st Iowa. The women leaped into the wagon and headed for Port Gibson, while Gen. Green returned to Magnolia Church to alert his troops. The Confederate pickets fell back before the Federal advance. During the Battle of Port Gibson, the Shaifer house served as Gen. John A. McClernand's GHQ and a Union hospital.