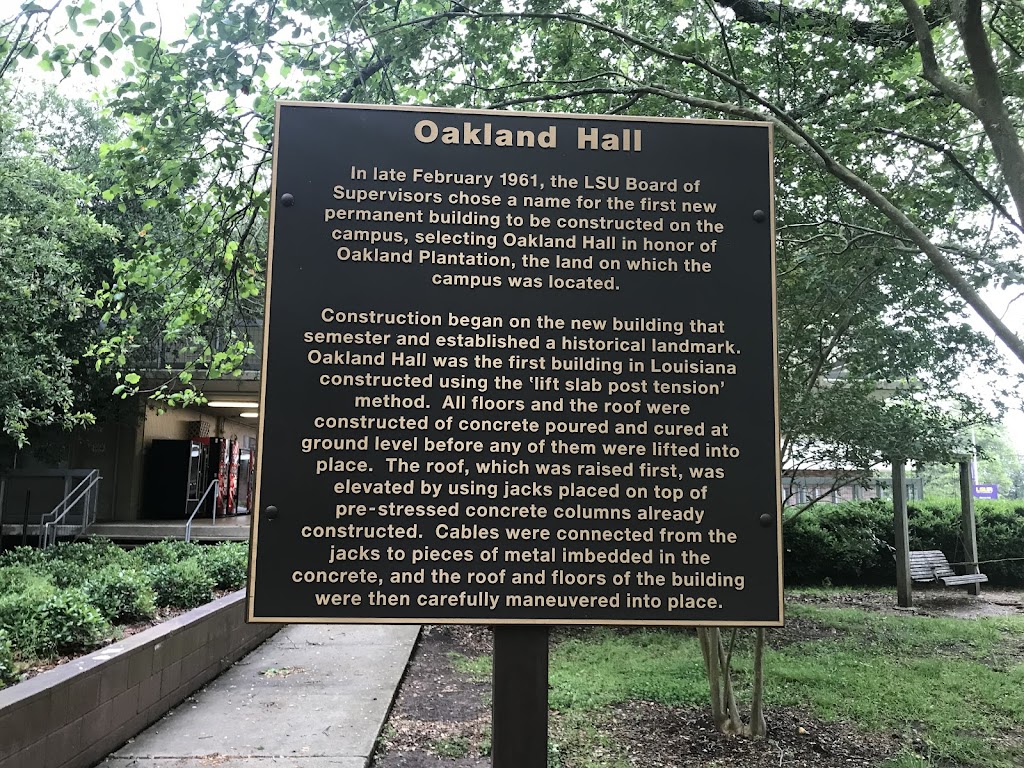 In late February 1961, the LSU Board of Supervisors chose a name for the first new permanent building to be constructed on the campus, selecting Oakland Hall in honor of Oakland Plantation, the land on which the campus was located.

Construction began on the new building that semester and established a historical landmark. Oakland Hall was the first building in Louisiana constructed using the "lift slab post tension" method. All floors and the roof were constructed of concrete poured and cured at ground level before any of them were lifted into place. The roof, which was raised first, was elevated by using jacks placed on top of pre-stressed concrete columns already constructed. Gables were connected from the jacks to pieces of metal imbedded in the concrete, and the roof and floors of the building were carefully maneuvered into place.