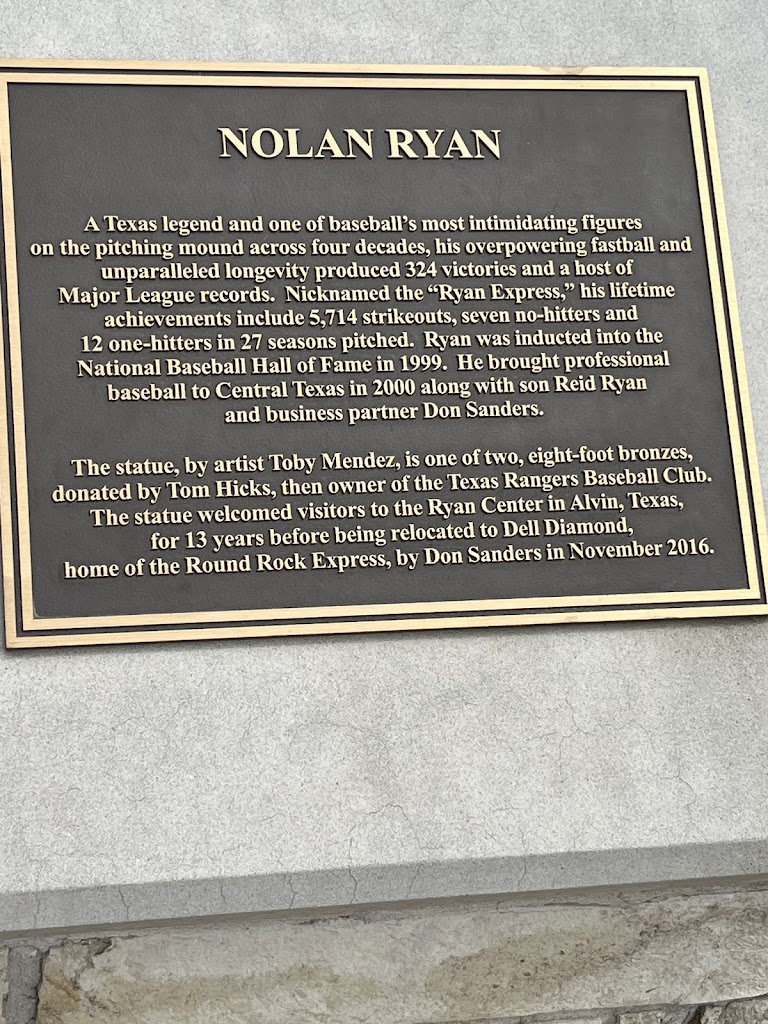 A Texas legend and one of baseball's most intimidating figures
on the pitching mound across four decades, his overpowering fastball and
unparalleled longevity produced 324 victories and a host of
Major League records. Nicknamed the "Ryan Express," his lifetime
achievements include 5,714 strikeouts, seven no-hitters and
12 one-hitters in 27 seasons pitched. Ryan was inducted into the
National Baseball Hall of Fame in 1999. He brought professional
baseball to Central Texas in 2000 along with son Reid Ryan
and business partner Don Sanders.
The statue, by artist Toby Mendez, is one of two, eight-foot bronzes,
donated by Tom Hicks, then owner of the Texas Rangers Baseball Club.
The statue welcomed visitors to the Ryan Center in Alvin, Texas,
for 13 years before being relocated to Dell Diamond,
home of the Round Rock Express, by Don Sanders in November 2016.