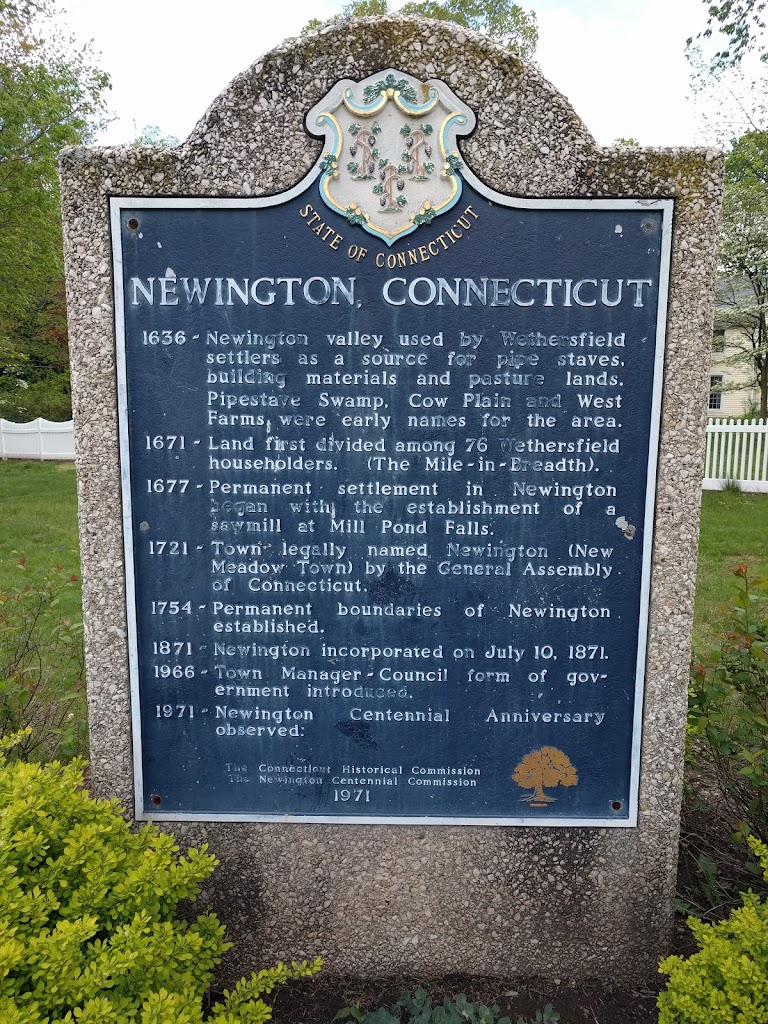 1636 - Newington valley used by Wethersfield settlers as a source for pipe staves, building materials and pasture lands. Pipestave Swamp, Cow Plain and West Farms were early names for the area.

1677 - Permanent settlement in Newington began with the establishment of a sawmill at Mill Pond Falls.