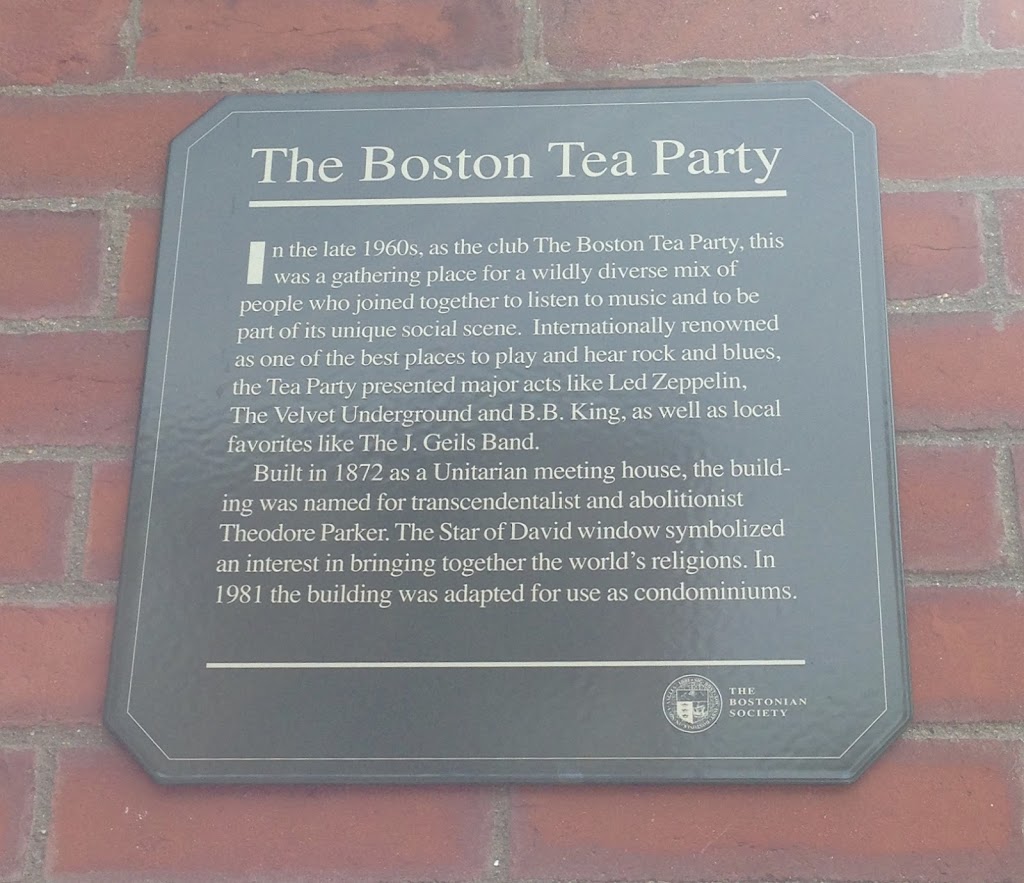 The Boston Tea Party
In the late 1960s, as the club The Boston Tea Party, this
was a gathering place for a wildly diverse mix of
people who joined together to listen to live music and to be
part of its unique social scene. Internationally renowned
as one of the best places to play and hear rock and blues,
the Tea Party presented major acts like Led Zeppelin,
The Velvet Underground and B.B. King, as well as local
favorites like The J. Geils Band.
Built in 1872 as a Unitarian meeting house, the build-
ing was named for transcendentalist and abolitionist
Theodore Parker. The Star of David window symbolized
an interest in bringing together the world's religions.  In
1981 the building was adapted for use as condominiums.