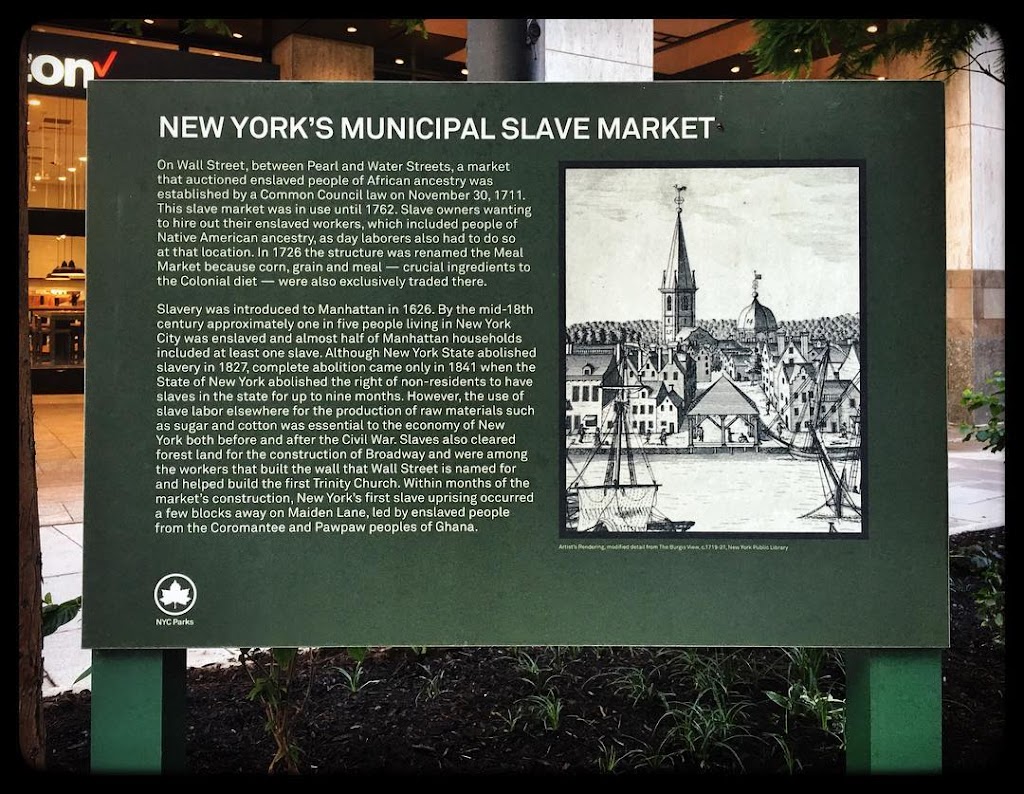 NEW YORK'S MUNICIPAL SLAVE MARKET
On Wall Street, between Pearl and Webster Streets, a market
that auctioned enslaved people of African ancestry was
established by a Common Council law on November 30, 1711
This slave market was in use until 1762. Slave owners wanting
to hire out their enslaved workers, which included people of
Native American ancestry, as day laborers also had to do so
at that location, In 1726 the structure was renamed the Meal
Market because corn, grain and meal-crucial ingredients to
the Colonial diet-ware also exclusively traded there
Slavery was introduced to Manhattan in 1626. By the mid-18th
century approximately one in five people living in New York
City was enslaved and almost half of Manhattan households
included at least one slave. Although New York State abolished
slavery in 1827, complete abolition came only in 1841 when the
State of New York abolished the right of non residents to have
slaves in the state for up to nine months. However, the use of
slave labor elsewhere for the production of raw materials such
as sugar and cotton was essential to the economy of New
forest land for the construction of Broadway and were among
the workers that built the wall that Wall Street is named for
and helped build the first Trinity Church. Within months of the
market's construction, New York's first slave uprising occurred
a few blocks away on Maiden Lane, led by enslaved people
from the Coromantee and Pawpaw peoples of Ghana.
Submitted by @profwiley