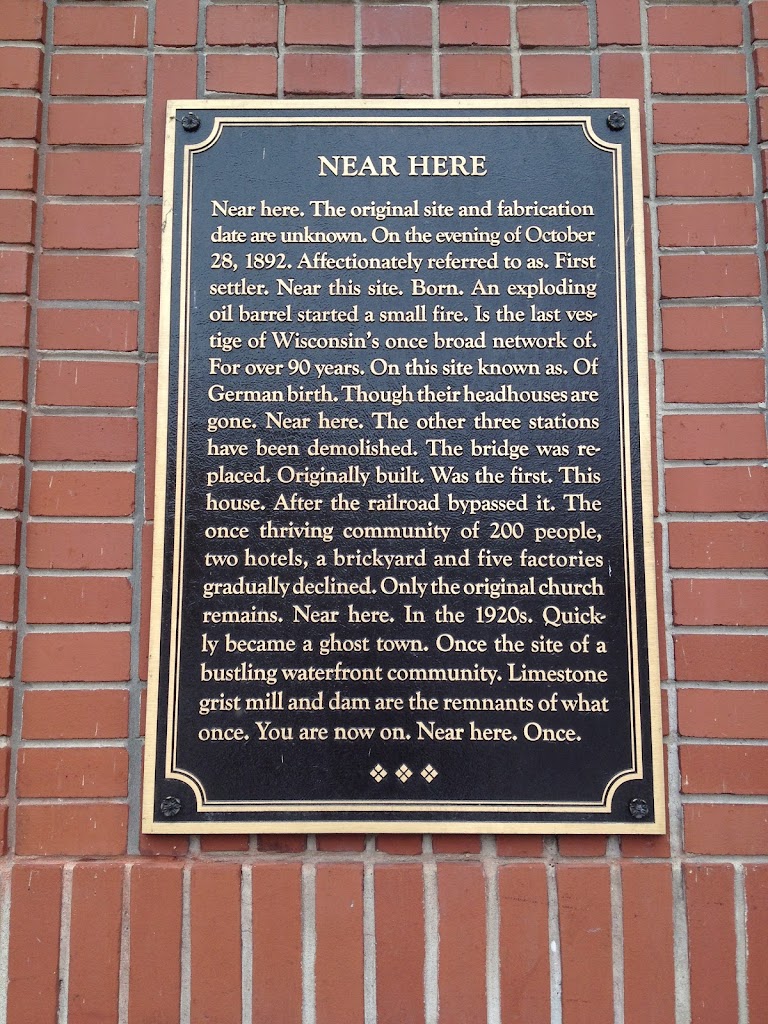 This plaque appears on the Kennilworth Building (2155 N Prospect Av), originally built in 1914 as a Ford Model T plant, and renovated in 2006 including retail stores, the UW-Milwaukee Art School, student housing, and INOVA – the UWM contemporary art gallery.

“Near here. The original site and fabrication
date are unknown. On the evening of October
28, 1892. Affectionately referred to as. First
settler. Near this site. Born. An exploding
oil barrel started a small fire. Is the last ves-
tige of Wisconsin’s once broad network of.
For over 90 years. On the site know as. Of
German birth. Though their headhouses are
gone. Near here. The other three stations
have been demolished. The bridge was re-
placed. Originally built. Was the first. This
house. After the railroad bypassed it. The
once thriving community of 200 people,
two hotels, a brickyard and five factories
gradually declined. Only the original church
remains. Near here. In the 1920′s. Quick-
ly became a ghost town. Once the site of a
bustling waterfront community. Limestone
grist mill and dam are the remnants of what
once. You are now on. Near here. Once.”