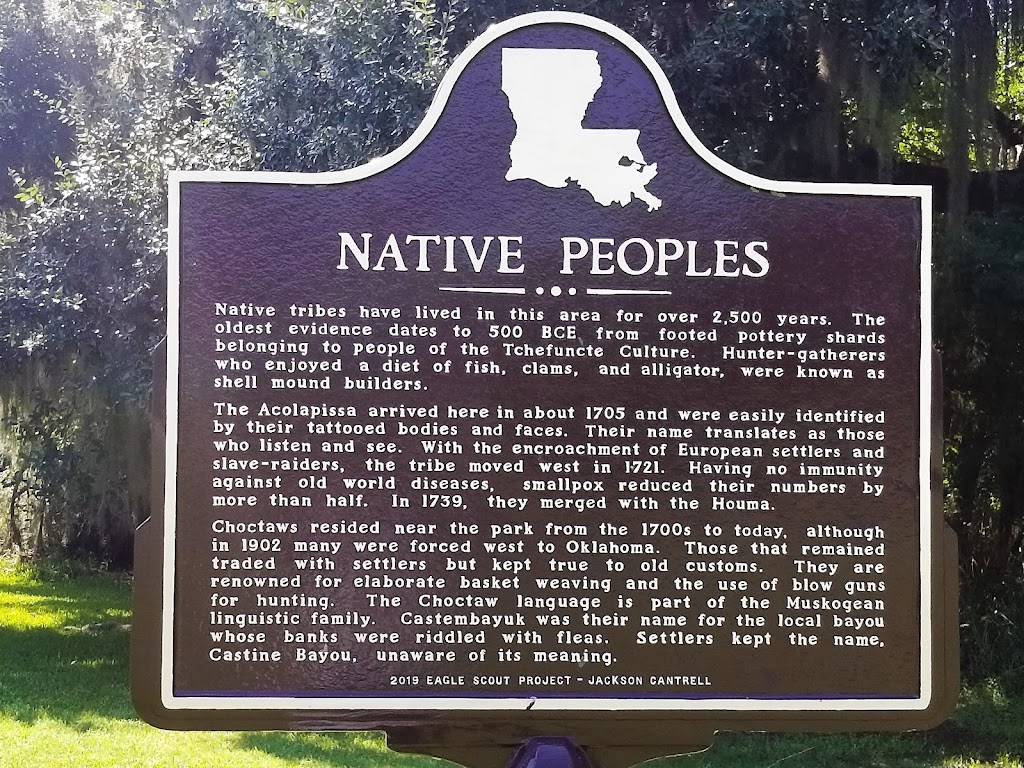 Native tribes have lived in this area for over 2,500 years. The oldest evidence dates to 500 BCE from footed pottery shards belonging to people of the Tchefuncte Culture. Hunter-gatherers who enjoyed a diet of fish, clams, and alligator, were known as shell mound builders.

The Acolapissa arrived here in about 1705 and were easily identified by their tattooed bodies and faces. Their name translates as those who listen and see. With the encroachment of European settlers and slave-raiders, the tribe moved west in 1721. Having no immunity against old world diseases, smallpox reduced their numbers by more than half. In 1739, they merged with the Houma.

Choctaws resided near the park from the 1700s to today, although in 1902 many were forced west to Oklahoma. Those that remained traded with settlers but kept true to old customs. They are renowned for elaborate basket weaving and the use of blow guns for hunting. The Choctaw language is part of the Muskogean linguistic family. Castembayuk was their name for the local bayou whose banks were riddled with fleas. Settlers kept the name, Castine Bayou, unaware of its meaning.