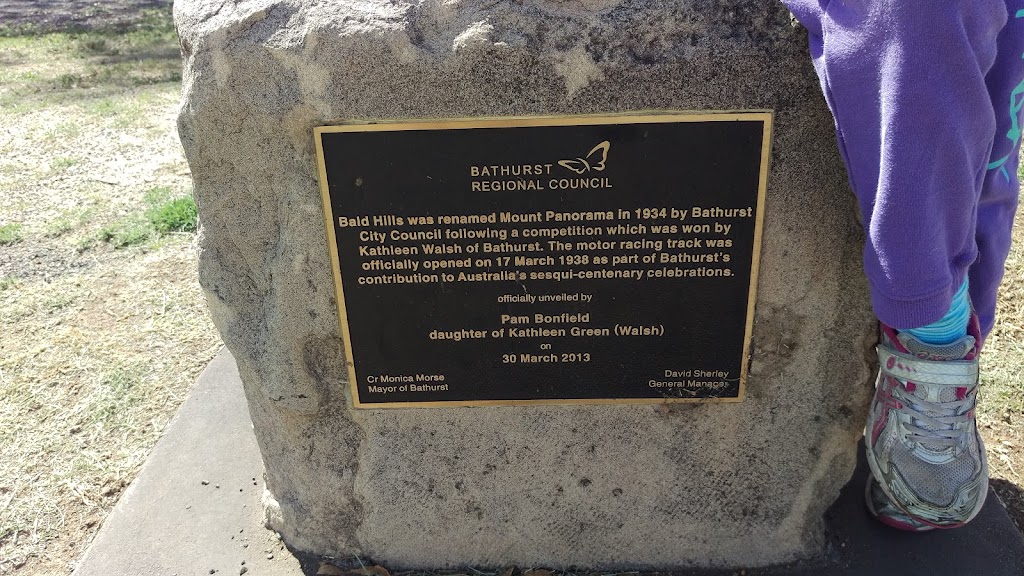 This plaque is located in a fairly remote part of what is arguably Australia's most famous motorsport venue.

Bald Hills was renamed  Mount Panorama in 1934 by Bathurst City Council following a competition which was won by Kathleen Walsh of Bathurst. The motor racing track was officially opened on 17 March 1938 as part of Bathurst's contribution to Australia's  sesqui-centenary celebrations.