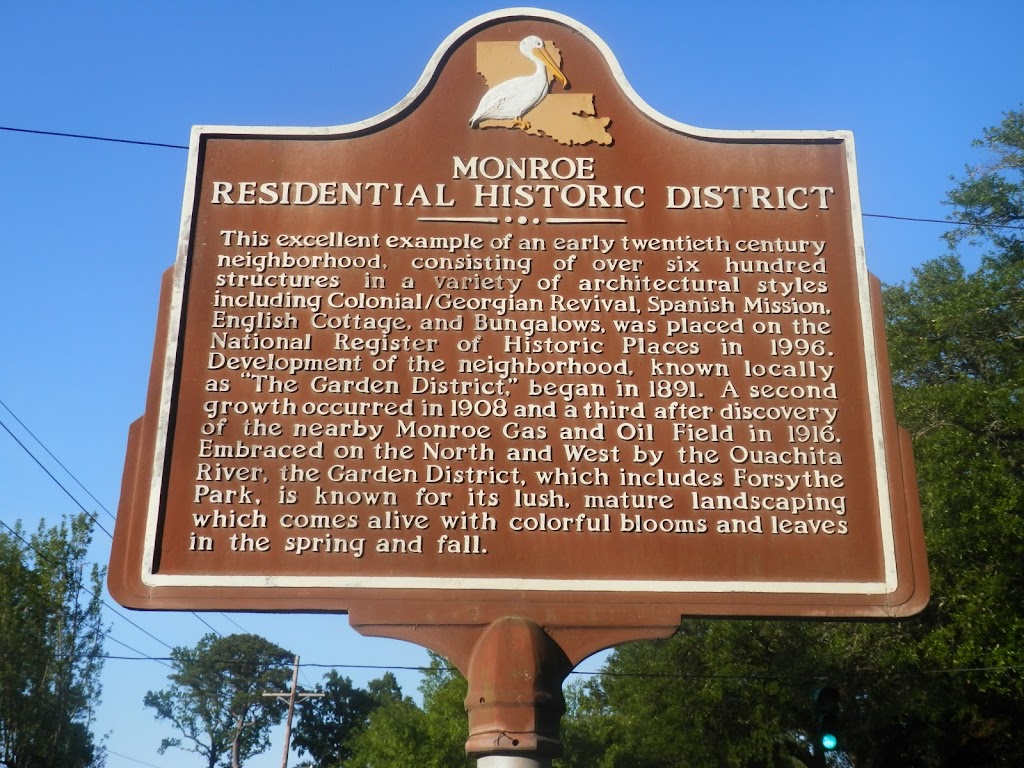 This excellent example of an early twentieth century neighborhood, consisting of over six hundred structures in a variety of architectural styles including Colonial/Georgian Revival, Spanish Mission, English Cottage, and Bungalows, was placed on the National Register of Historic Places in 1996. Development of the neighborhood, known locally as "The Garden District,” began in 1891. A second growth occurred in 1908 and a third after discovery of the nearby Monroe Gas and Oil Field in 1916. Embraced on the North and West by the Ouachita River, the Garden District, which includes Forsythe Park, is known for its lush, mature landscaping which cones alive with colorful blooms and leaves in the spring and fall.