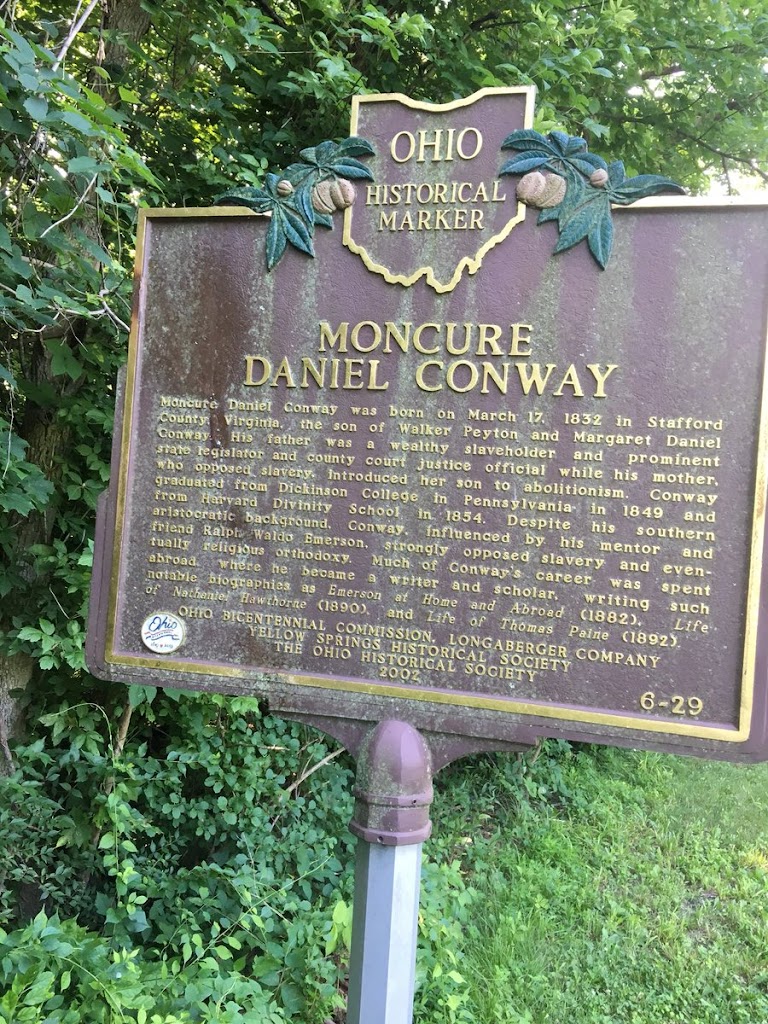 Moncure Daniel Conway was born on March 17, 1832 in Stafford
County, Virginia, the son of Walker Peyton and Margaret Daniel
Conway. His father was a wealthy slaveholder and prominent
state legislator and county court justice official while his mother,
who opposed slavery, introduced her son to abolitionism. Conway
graduated from Dickinson College in Pennsylvania in 1849 and
from Harvard Divinity School in 1854. Despite his southern
aristocratic ba kground, Conway, influence by his mentor and
friend Ralph Waldo Emerson, strongly opposed slavery and even-
tually religious orthodoxy. Much of Conway's career was spent
abroad, where he became a writer and scholar, writing such
notable biographies as Emerson at Home and Abroad (1882), Life
of Nathaniel Hawthorne (1890) and Life of Thomas Paine (1892).