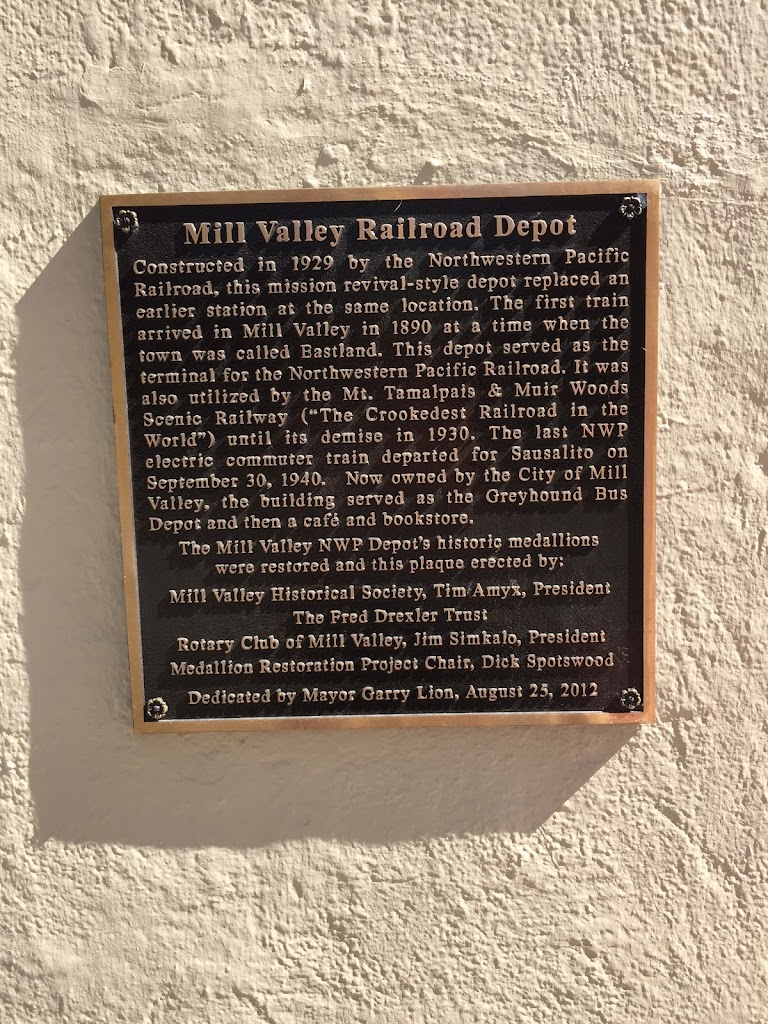 Mill Valley Railroad Depot
Constructed In 1929 by the Northwestern Pacific
Railroad, this mission revival-style depot replaced an
earlier station at the same location. The first train
arrived in Mill Valley in 1890 at a time when tho
town was called Eastland. This depot served as tho
terminal for the Northwestern Pacific Railroad. It was
also utilized by the Mt. Tamalpais & Muir Woods
Scenic Railway ("The Crookedest Railroad in the
World") until its demise in 1930. The last NWP
electric commuter train departed for Sausalito on
September 30, 1940. Now owned by the City of Mill
Valley, the building served as the Greyhound Bus
Depot and then a cafd and bookstore.
The Mill Vatley NWP Depot's historic medallions
were restored and this plaque erected by:
Mill Valley Historical Society, Tim Amyx, President
The Fred Drexler Trust
Rotary Club of MIII Valley, Jim Simkalo, President
Medallion Restoration Project Chair, Dick Spotswood
Dedicated by Mayor Garry Lion, August 25, 2012