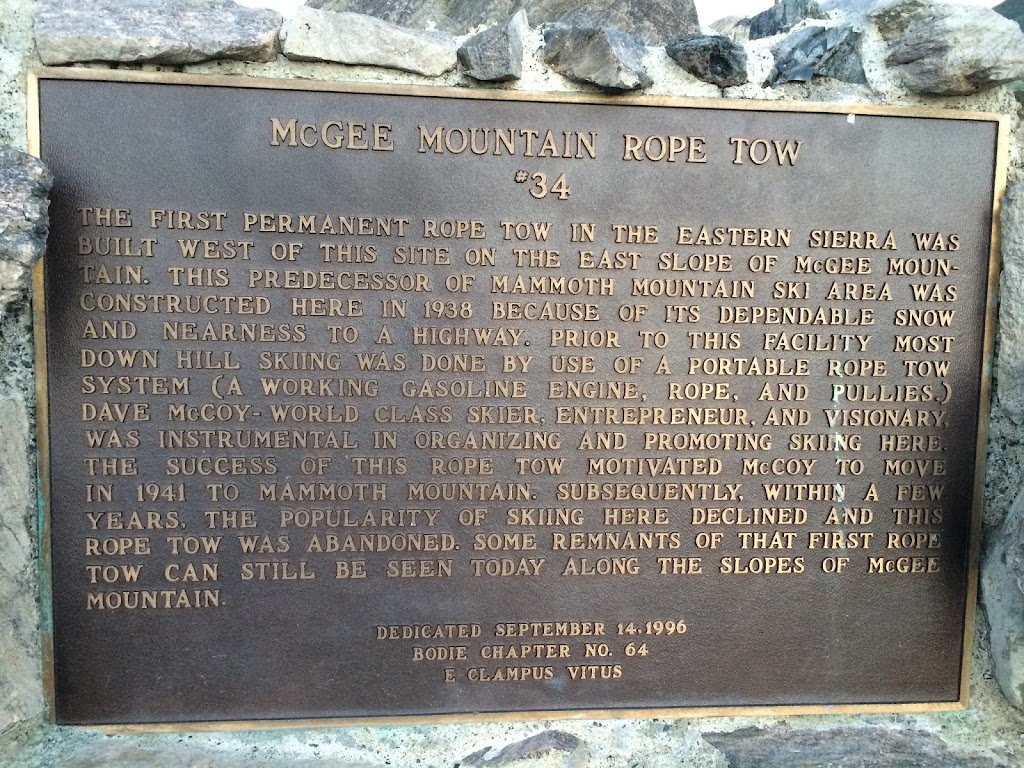 The first permanent rope tow in the Eastern Sierra was built west of this site on the east slope of the McGee Mountain. This predecessor of Mammoth Mountain ski area was constructed here in 1938 because of its dependable snow and nearness to a highway. Prior to this facility most downhill skiing was done by use of a portable rope tow system (a working gasoline engine, rope, and pulleys). Dave McCoy -- world class skier, entrepreneur, and visionary, was instrumental in organizing and promoting skiing here. The success of this rope tow motivated McCoy to move in 1941 to Mammoth Mountain. Subsequently, within a few years, the popularity of skiing here declined and this rope tow was abandoned. Some remnants of that first rope tow can still be seen along the slopes of McGee Mountain (more on McCoy here: Dave McCoy, who gave skiers and boarders Mammoth Mountain, has died at 104).