Mary Church Terrell, the Lost Laws, and the End of Segregation in D.C. Restaurants 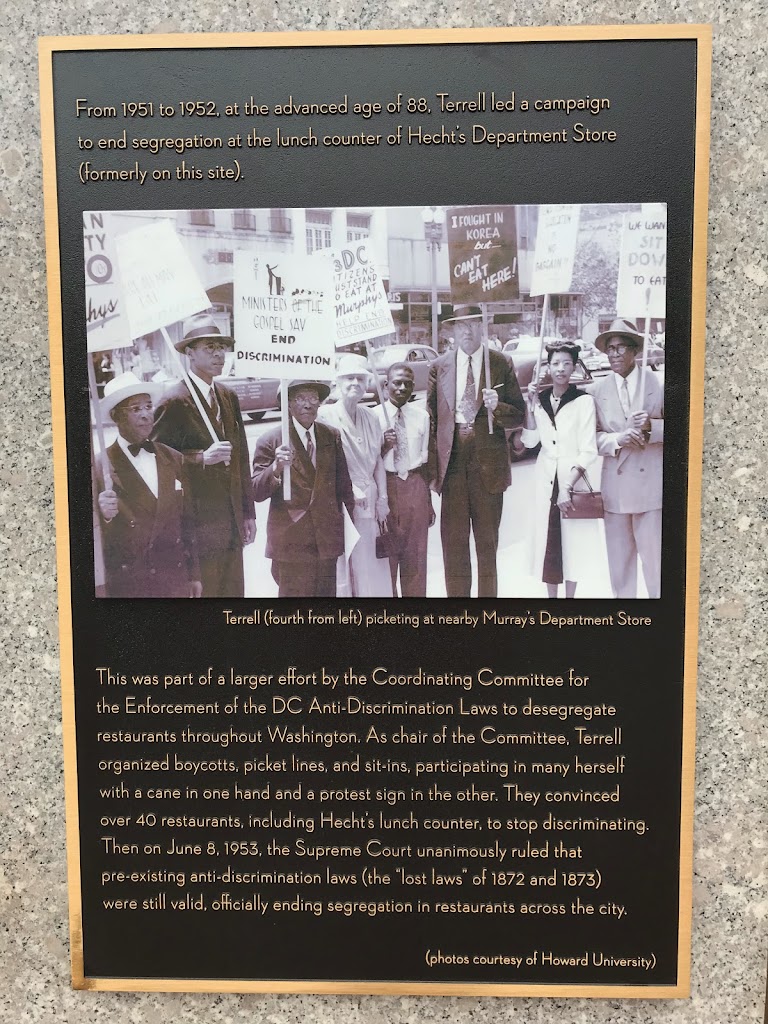 From 1951 to 1952, at the advanced age of 88, [Mary Church] Terrell led a campaign to end segregation at the lunch counter of Hecht's Department Store (formerly on this site).
This was part of a larger effort by the Coordinating Committee for the Enforcement of the DC Anti-Discrimination Laws to desegregate restaurants throughout Washington. As chair of the Committee, Terrell organized boycotts, picket lines, and sit-ins, participating in many herself with a cane in one hand and a protest sign in the other. They convinced over 40 restaurants, including Hecht's lunch counter, to stop discriminating. Then on June 8, 1953, the Supreme Court unanimously ruled that pre-existing anti-discrimination laws (the "lost laws" of 1972 and 1873) were still valid, officially ending segregation in restaurants across the city.
(photos courtesy of Howard University)
https://boundarystones.weta.org/2017/06/08/eat-anywhere-mary-church-terrell-lost-laws-and-end-segregation-dc-restaurants