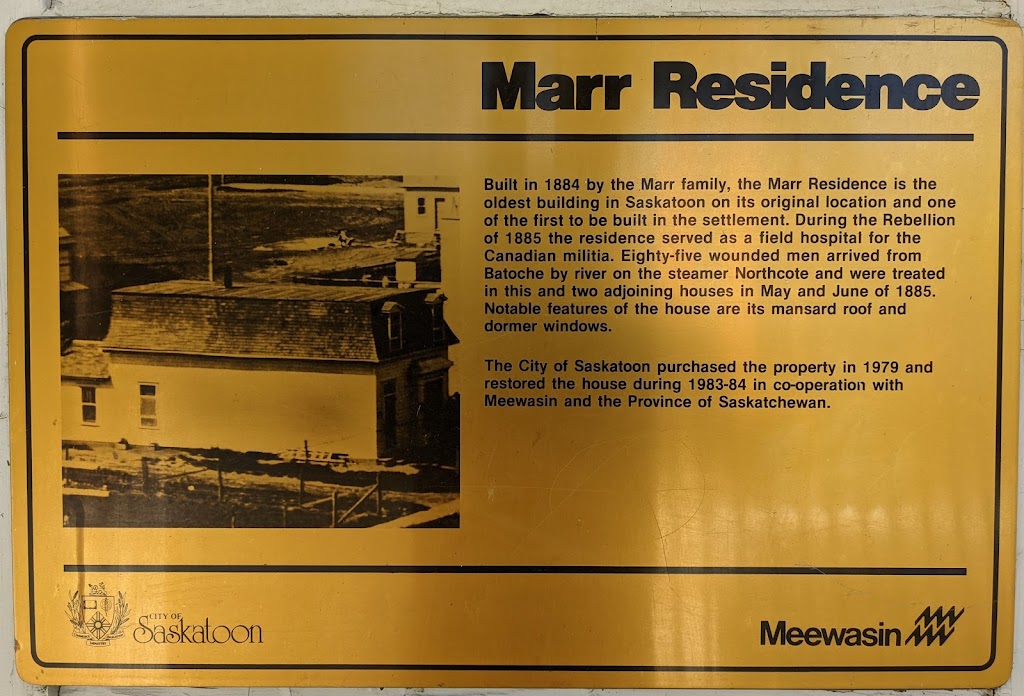 Built in 1994 by the Marr family, the Marr Residence is the oldest building in Saskatoon on its original location and one of the first to be built in the settlement.  During the Rebellion of 1885 the residence served as a field hospital for the Canadian militia.  Eighty-five wounded men arrived from Batoche by river on the steamer Northcote and were treated in this and two adjoining houses in May and June of 1885.  Notable features of the house are its mansard roof and dormer windows.

The City of Saskatoon purchased the property in 1979 and restored the house during 1983-84 in co-operation with Meewasin and the Province of Saskatchewan.