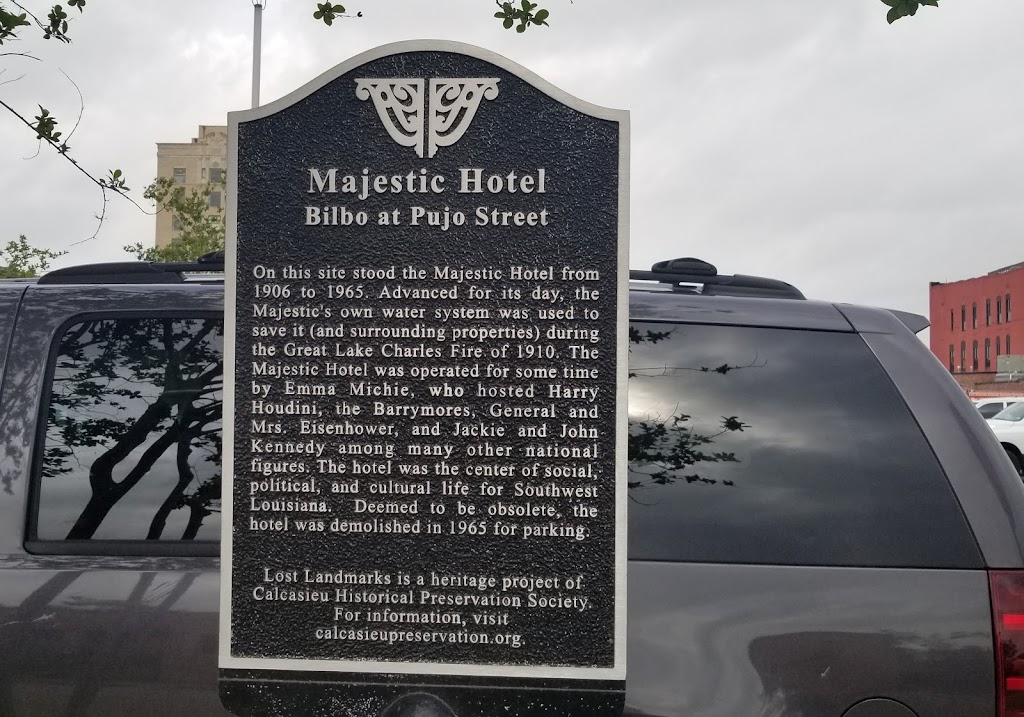 Bilbo at Pujo Street
On this site stood the Majestic Hotel from 1906 to 1965. Advanced for its day, the Majestic's own water system was used to save it (and surrounding properties) during the Great Lake Charles Fire of 1910. The Majestic Hotel was operated for some time by Emma Michie, who hosted Harry Houdini, the Barrymores, General and Mrs. Eisenhower, and Jackie and John Kennedy among many other national figures. The hotel was the center of social, political, and cultural life for Southwest Louisiana. Deemed to be obsolete, the hotel was demolished in 1965 for parking.