John Talcott Overtook and Dispersed a Party of Indians 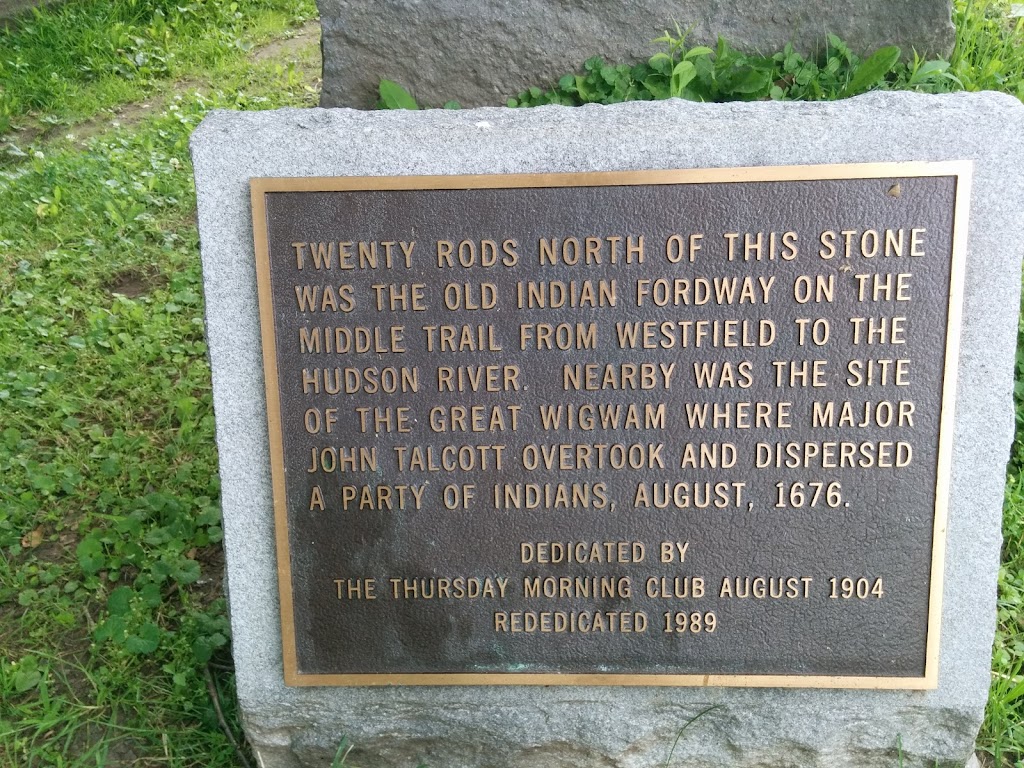 "Twenty rods north of this stone was the Old Indian Fordway on the Middle Trail from Westfield to the Hudson River. Nearby Was the site of the Great Wigwam where Major John Talcott overtook and dispersed a party of Indians, August, 1676.

Talcott and his troops were the first Europeans in this part of the country. In actuality, they had had chased 200 Indians from Westfield to this spot. Talcott and his men killed 20 and imprisoned another 25 more.