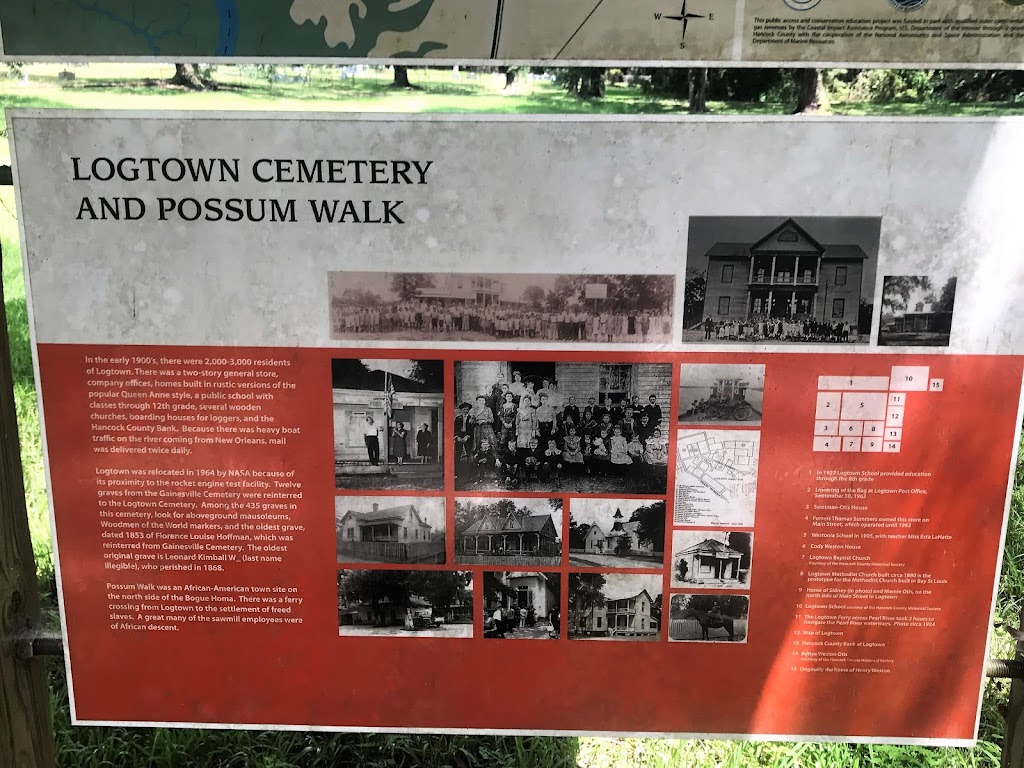 In the early 1900's, there were 2,000-3,000 residents of Logtown. There was a two-story general store, company offices, homes built in rustic versions of the popular Queen Anne style, a public school with classes through 12th grade, several wooden churches, boarding houses for loggers and the Hancock County Bank. Because there was heavy boat traffic on the river coming from New Orleans, mail was delivered twice daily.

Logtown was relocated in 1964 by NASA because of its proximity to the rocket engine test facility. Twelve graves from the Gainesville Cemetery were reinterred to the Logtown Cemetery. Among the 435 graves in this cemetery, look for aboveground mausoleums, Woodmen of the World markers, and the oldest grave, dated 1853 of Florence Louise Hoffman, which was reinterred from Gainesville Cemetery. The oldest original grave is Leonard Kimball W_(last name illegible), who perished in 1868.

Possum Walk was an African-American town site on the north side of the Bogue Homa. There was a ferry crossing from Logtown to the settlement of freed slaves. A great many of the sawmill employees were of African descent.