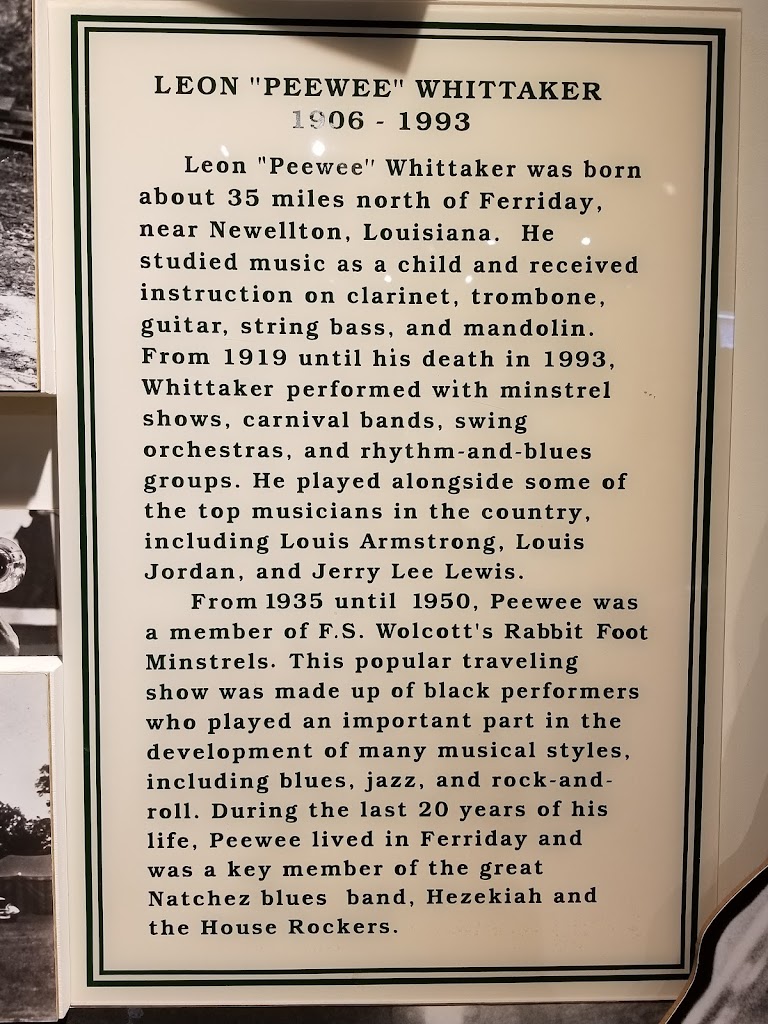 1906 - 1993Leon "Peewee" Whittaker was bornabout 35 miles north of Ferriday,near Newellton, Louisiana. Hestudied music as a child and receivedinstruction on clarinet, trombone,guitar, string bass, and mandolin.From 1919 until his death in 1993,Whittaker performed with minstrelshows, carnival bands, swingorchestras, and rhythm-and-bluesgroups. He played alongside some ofthe top musicians in the country,including Louis Armstrong, LouisJordan, and Jerry Lee Lewis.From 1935 until 1950, Peewee wasa member of F.S. Wolcott's Rabbit FootMinstrels. This popular travelingshow was made up of black performerswho played an important part in thedevelopment of many musical styles,including blues, jazz, and rock-and-roll. During the last 20 years of hislife, Peewee lived in Ferriday andwas a key member of the greatNatchez blues band, Hezekiah andthe House Rockers.