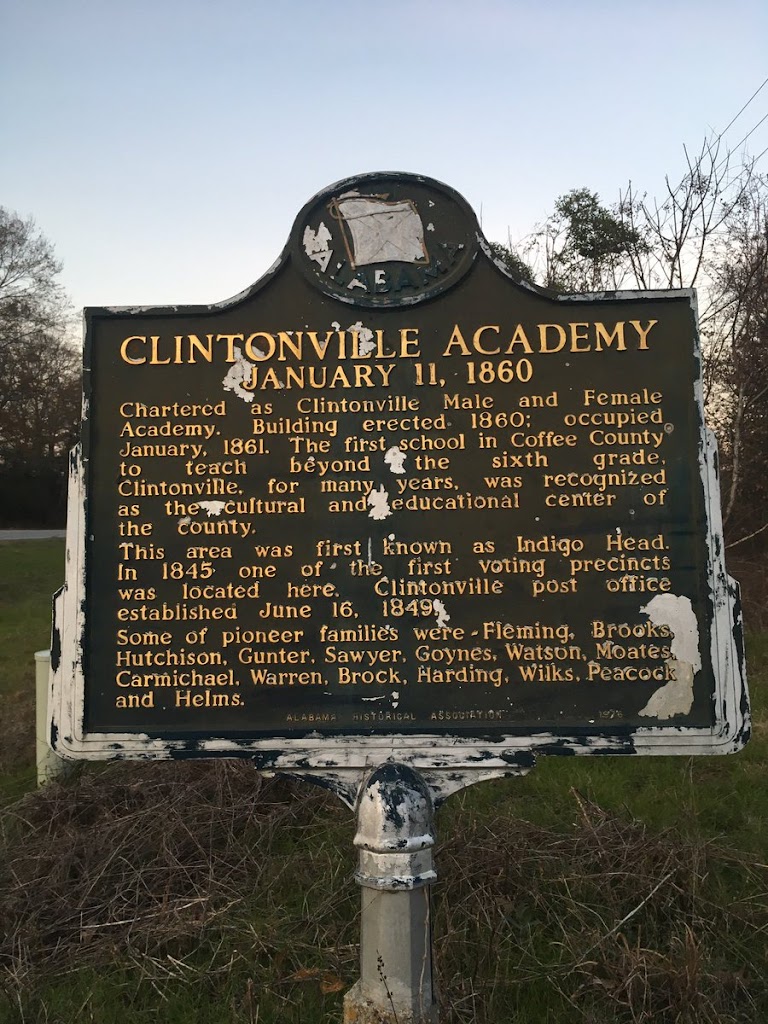 Chartered as Clintonville Male and Female Academy by Alabama Legislature January 11, 1860. Building constructed 1860, occupied 1861. The first school in Coffee County to teach beyond the sixth grade. Clintonville, for many years, was recognized as the cultural and educational center of the county.

This area was first known as Indigo Head. In 1845, one of the first voting precincts in the county was located here. Clintonville post-office established June 16, 1849.