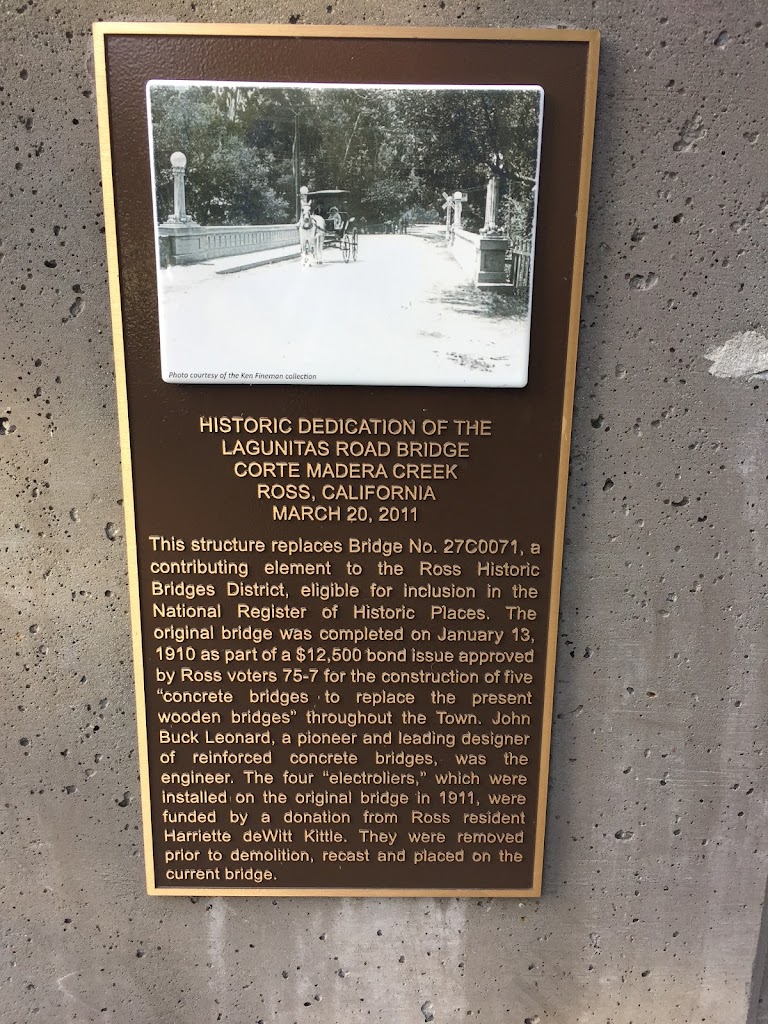 HISTORIC DEDICATION OF THE
LAGUNITAS ROAD BRIDGE
CORTE MADERA CREEK
ROSS, CALIFORNIA
MARCH 20, 2011
This structure replaces Bridge No. 27C0071, a
contributing element to the Ross Historic
Bridges District, eligible for inclusion in the
National Register of Historic Places. The
original bridge was completed on January 13,
1910 as part of a $12,500 bond Issue approved
by Ross voters 75-7 for the construction of five
"concrete bridges to replace the present
wooden bridges" throughout the Town. John
Buck Leonard, a pioneer and leading designer
of reinforced concrete bridges, was the
engineer. The four "electroliers," which were
Installed on the original bridge in 1911, were
funded by a donation from Ross resident
Harriette deWitt Kittle. They were removed
prior to demolition, recast and placed on the
current bridge.