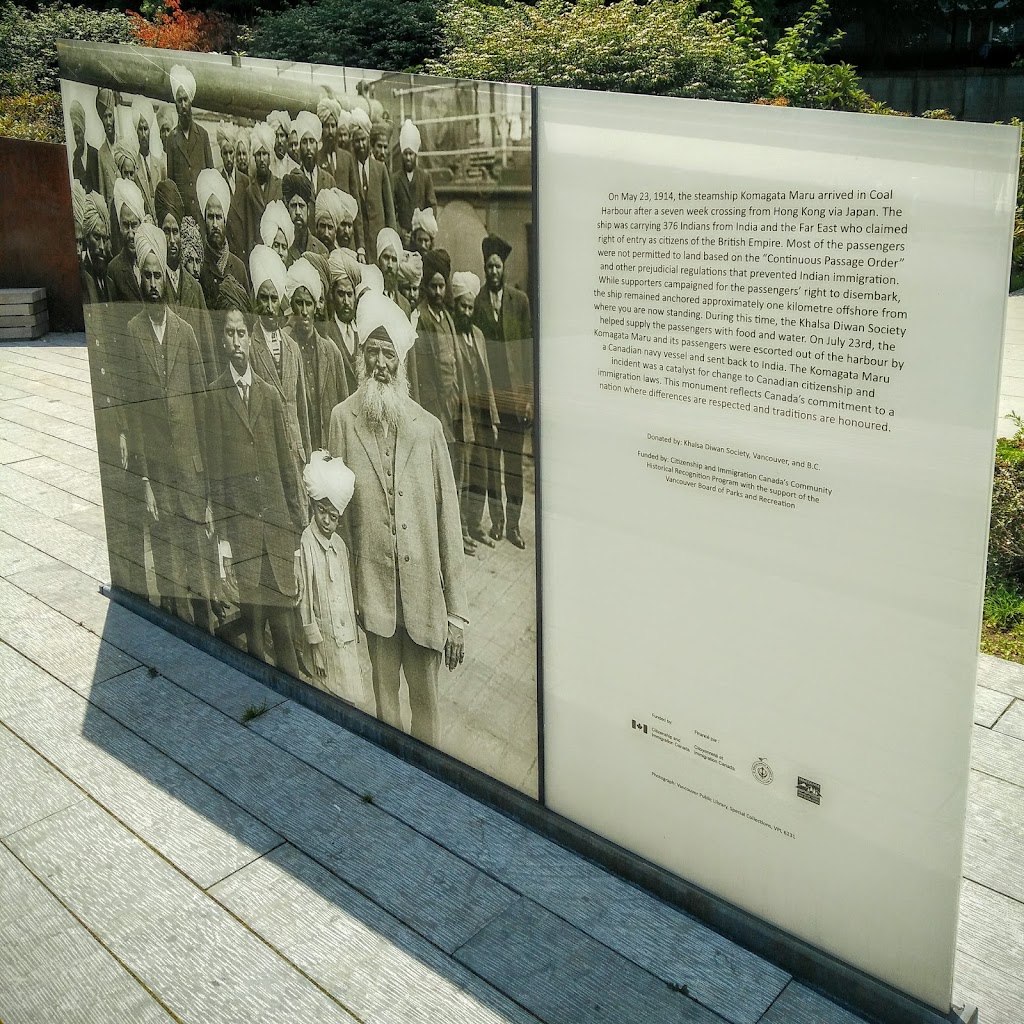 On May 23, 1912, the steamship Komagata Maru arrived in Coal Harbour after a seven week crossing from Hong Kong via Japan. The ship was carrying 376 Indians from India and the Far East who claimed right of entry as citizens of the British Empire. Most of the passengers were not permitted to land based on the “Continuous Passage Order” and other prejudicial regulations that prevented Indian immigration. While supporters campaigned for the passengers’ right to disembark, the ship remained anchored approximately one kilometer offshore from where you are now standing. During this time, the Khalsa Diwan Society helped supply the passengers with food and water. On July 23rd, the Komagata Maru and its passengers were escorted out of the harbor by a Canadian naval vessel and sent back to India. The Komagata Maru incident was a catalyst for change to Canadian citizenship and immigration laws. This monument reflects Canada’s commitment to a nation where differences are respected and traditions honored.

Funded by: Citizenship and Immigration Canada’s Community Historical Recognition Program with the support of the Vancouver Board of Parks and Recreation

Photo of the monument: http://imgur.com/uScBVLk

Close-up of the names: http://imgur.com/94ObYRp