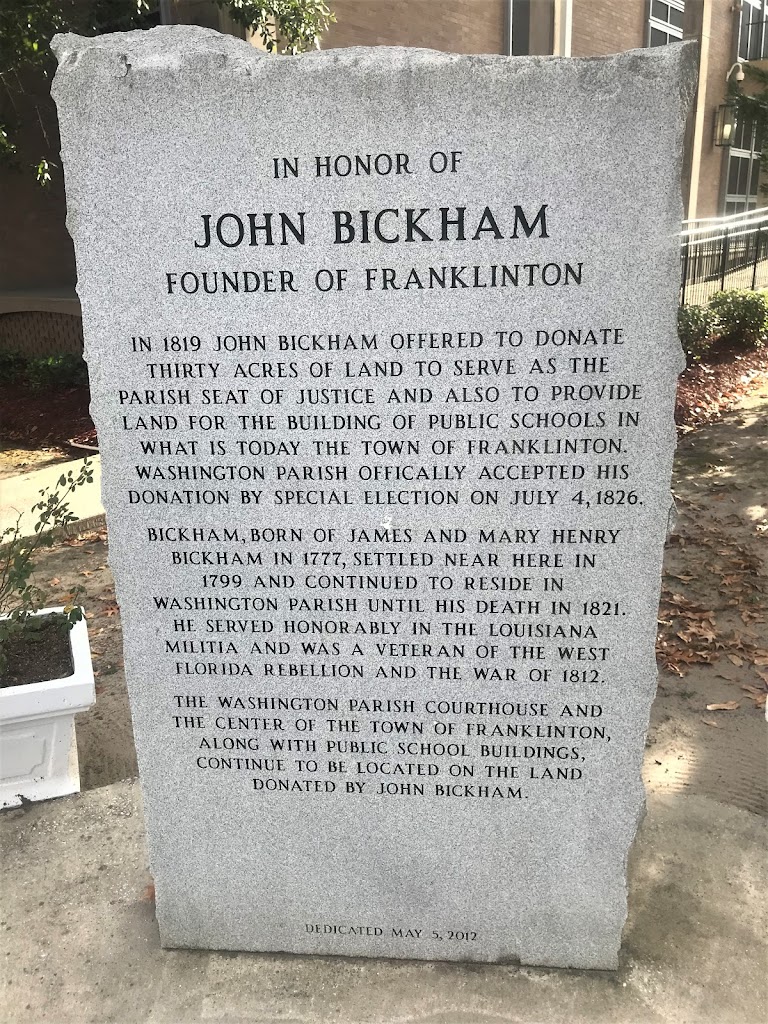 In 1819 John Bickham offered to donate thirty acres of land to serve as the Parish Seat of Justice and also to provide land for the building of public schools in what is today the town of Franklinton. Washington Parish officially accepted his donation by special election on July 4, 1826.

Bickham, born of James and Mary Henry Bickham in 1777, settled near here in 1799 and continued to reside in Washington Parish until his death in 1821. He served honorably in the Louisiana Militia and was a veteran of the West Florida Rebellion and the War of 1812.

The Washington Parish Courthouse and the center of the Town of Franklinton along with public school buildings, continue to be located on the land donated by John Bickham.