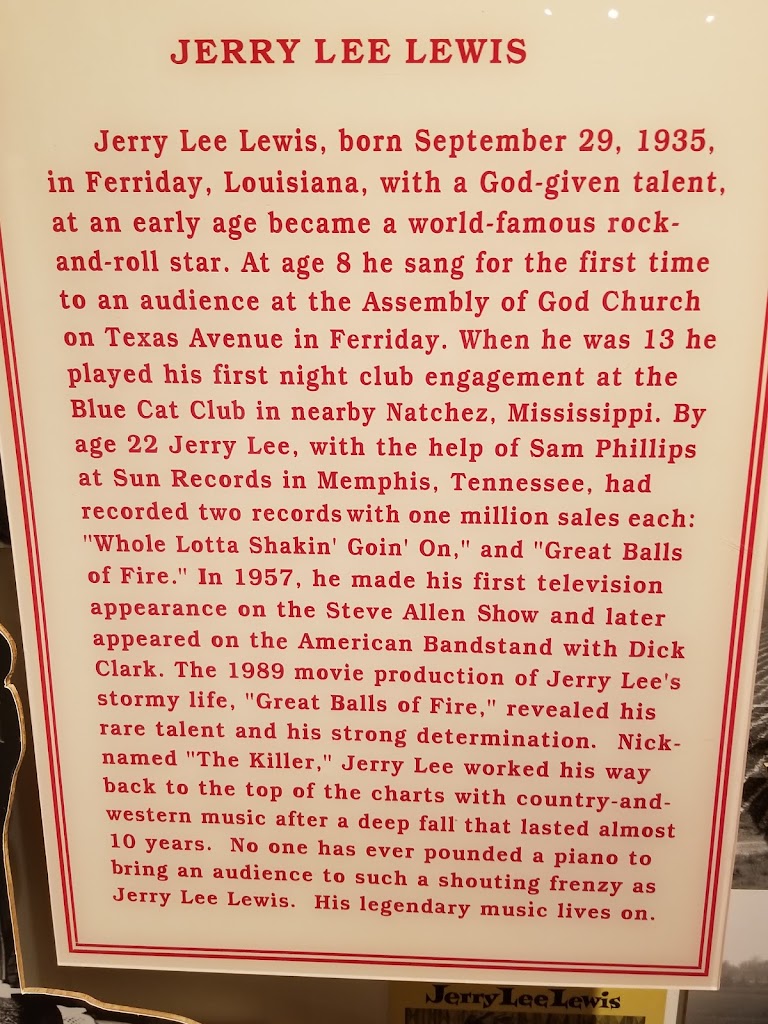 Jerry Lee Lewis, born September 29, 1935,in Ferriday, Louisiana, with a God-given talent,at an early age became a world-famous rock-and-roll star. At age 8 he sang for the first timeto an audience at the Assembly of God Churchon Texas Avenue in Ferriday. When he was 13 heplayed his first night club engagement at theBlue Cat Club in nearby Natchez, Mississippi. Byage 22 Jerry Lee, with the help of Sam Phillipsat Sun Records in Memphis, Tennessee, hadrecorded two records with one million sales each:"Whole Lotta Shakin' Goin' On," and "Great Ballsof Fire." In 1957, he made his first televisionappearance on the Steve Allen Show and laterappeared on the American Bandstand with DickClark. The 1989 movie production of Jerry Lee'sstormy life, "Great Balls of Fire," revealed hisrare talent and his strong determination. Nick-named "The Killer," Jerry Lee worked his wayback to the top of the charts with country-and-western music after a deep fall that lasted almost10 years. No one has ever pounded a piano tobring an audience to such a shouting frenzy asJerry Lee Lewis. His legendary music lives on.