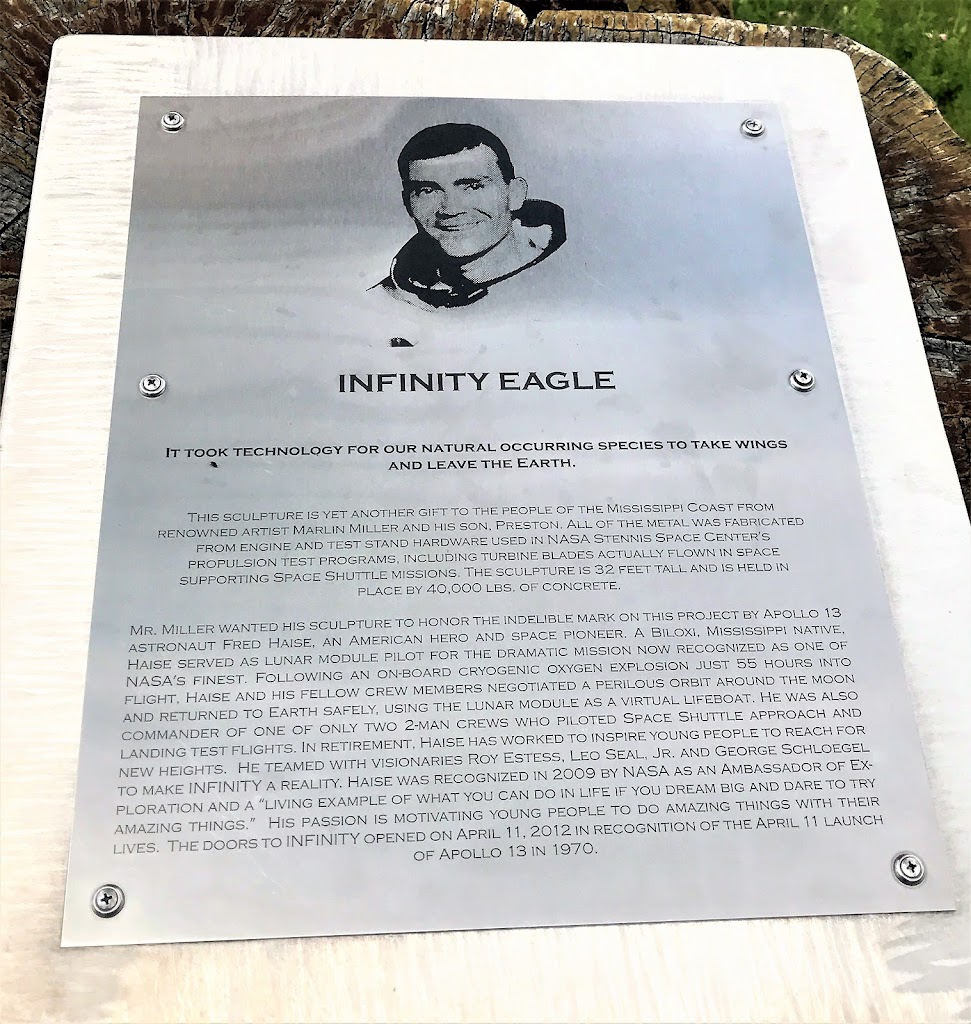 It took technology for our natural occurring species to take wings
and leave the earth.

This sculpture is yet another gift to the people of the Mississippi Coast from
renowned artist Marlin Miller and his son, Preston. All of the metal was fabricated
from engine and test stand hardware used in NASA Stennis Space Center's
propulsion test programs, including turbine blades actually flown in space
supporting Space Shuttle missions. The sculpture in 32 feet tall and is held in
place by 40,000 lbs. of concrete.

Mr. Miller wanted his sculpture to honor the indelible mark on this project by Apollo 13 Astronaut Fred Haise, an American hero and space pioneer. A Biloxi, Mississippi native, Haise served as Lunar Module Pilot for the dramatic mission now recognized as one of NASA's finest. Following an on-board cryogenic oxygen explosion just 55 hours into flight, Haise and his fellow crew members negotiated a perilous orbit around the moon and returned to earth safely, using the Lunar Module as a virtual lifeboat. He was also Commander of one of only two 2-man crews who piloted Space Shuttle approach and landing test flights. In retirement, Haise has worked to inspire young people to reach for new heights. He teamed with visionaries Roy Estess, Leo Seal, Jr. and George Schloegel to make INFINITY a reality. Haise was recognized in 2009 by NASA as an ambassador of exploration and a "living example of what you can do in life if you dream big and dare to try amazing things." His passion is motivating young people to do amazing things with their lives. The doors of INFINITY opened on April 11, 2012 in recognition of the April 11 launch of Apollo 13 in 1970.