In Memory of Eva Marie Schicke 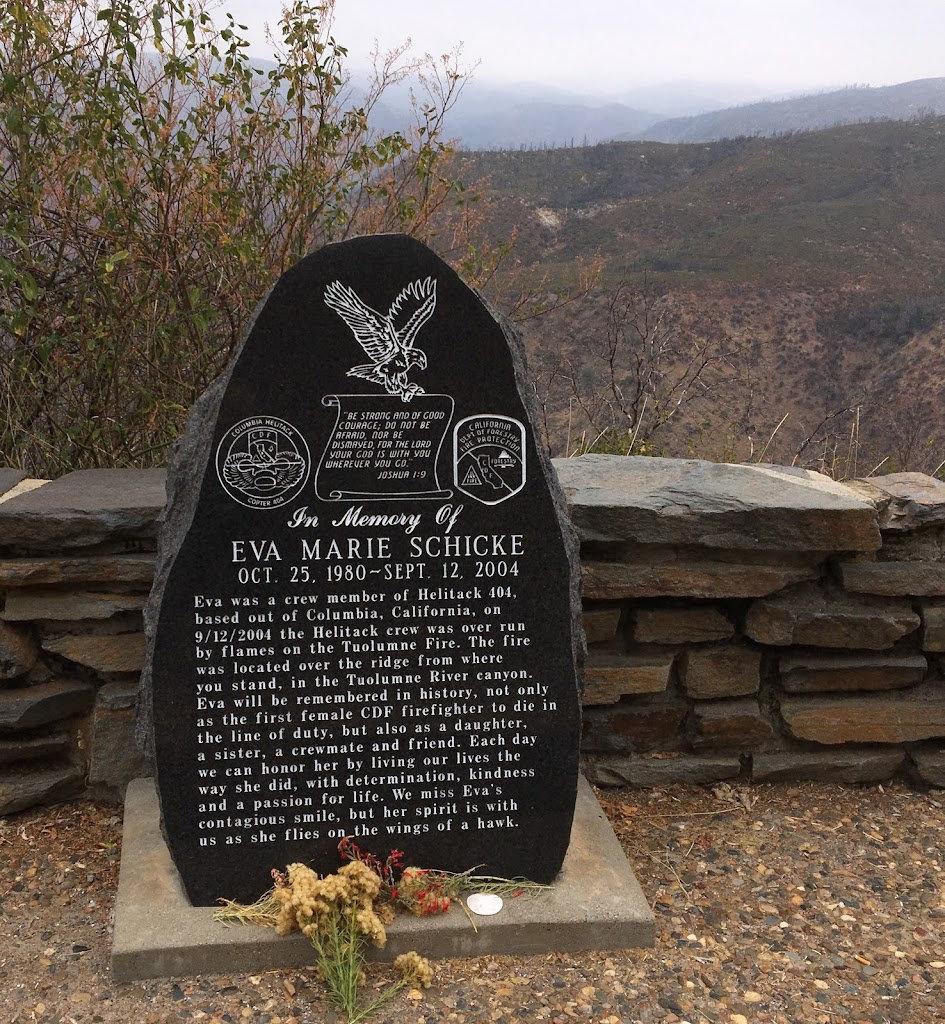 This is one of two markers erected at a roadside overlook -- which the U.S. Forest Service modestly calls Rim of the World -- in memory of wildland firefighters killed in blazes in Stanislaus National Forest, just west of Yosemite. Most of the country you can see from here burned in 2013 during the Rim Fire -- apparently named after the vista point -- which is the third-largest in terms of acreage in California history. These markers predate that fire.

Here's a detailed description, by way of the National Institute of Occupational Safety and Health, of how Schicke, who was only 23, died. And here's a local newspaper's report on a memorial held on the 10th anniversary of her death, in 2014.

In Memory of Eva Marie Schicke

Eva was a crew member of Helitack 404, based out of Columbia, California. On 9/12/2004 the Helitack crew was overrun by flames on the Tuolumne Fire. The fire was located over the ridge from where you stand, in the Tuolumne River canyon. Eva will be remembered in history, not only as the first female CDF firefighter to die in the line of duty, but also as a daughter, a sister, a crewmate and friend. Each day we can honor her by living our lives the way she did, with determination, kindness and a passion for life. We miss Eva’s contagious smile, but her spirit is with us as she flies on the wings of a hawk.