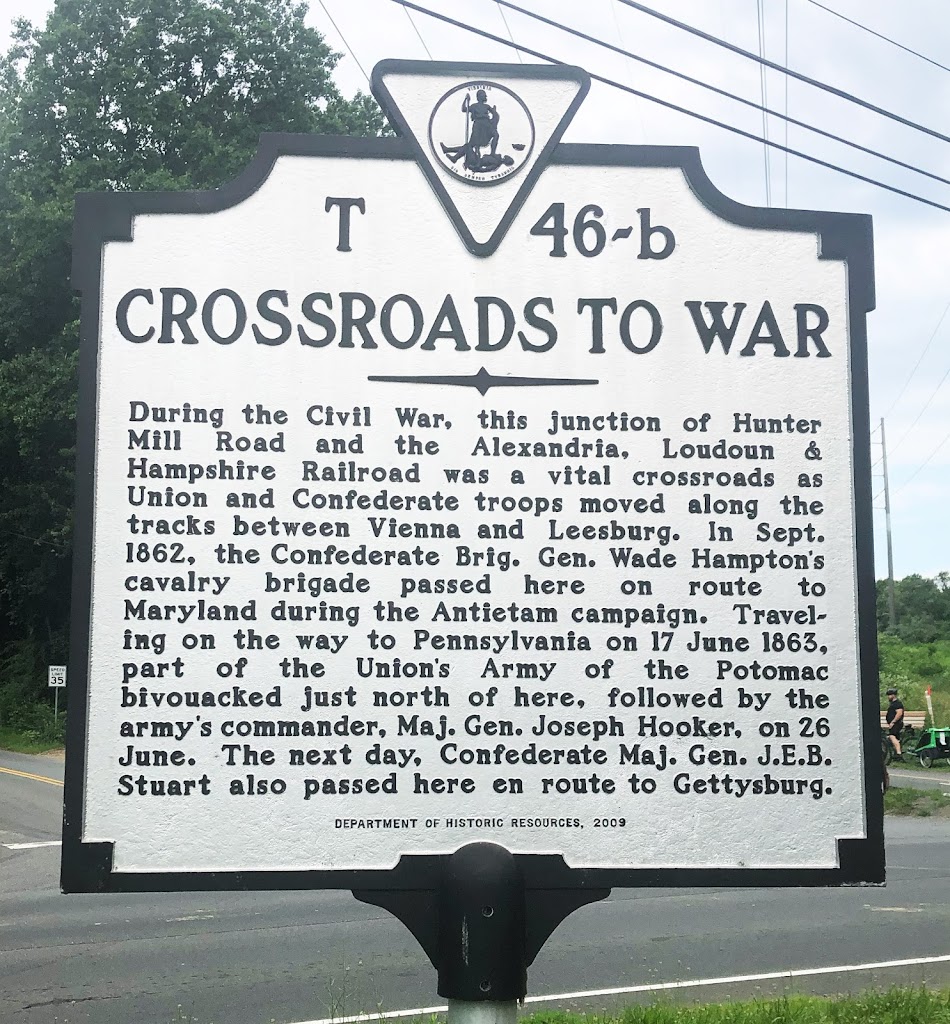 T 46-B
CROSSROADS TO WAR
During the Civil War, this junction of Hunter
Mill Road and the Alexandria, Loudoun, &
Hampshire Railroad was a vital crossroads as
Union and Confederate troops moved along the
tracks between Vienna and Leesburg. In Sept,
1862, the Confederate Brig. Gen. Wade Hampton's
cavalry brigade passed here on route to
Maryland during the Antietam campaign. Traveling
on the way to Pennsylvania on 17 June 1863,
part of the Union's Army of the Potomac
bivouacked just north of here, followed by the
army's commander, Maj. Gen. Joseph Hooker, on 26
June. The next day, Confederate Maj. Gen. J.E.B.
Stuart also passed here en route to Gettysburg.