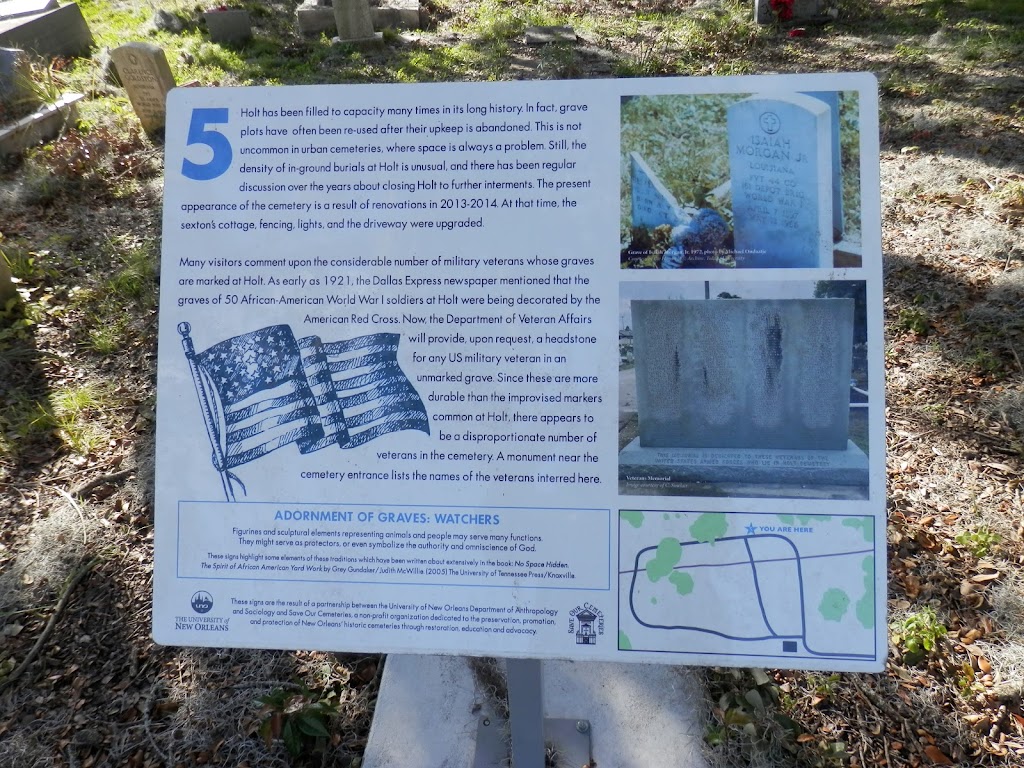 Holt has been filled to capacity many times in its long history. In fact, grave plots have often been re-used after their upkeep is abandoned. This is not uncommon in urban cemeteries, where space is always a problem. Still, the density of in-ground burials at Holt is unusual, and there has been regular discussion over the years about closing Holt to further interments. The present appearance of the cemetery is a result of renovations in 2013-2014. At that time, the sexton's cottage, fencing, lights, and the driveway were upgraded.

Many visitors comment upon the considerable number of military veterans whose are marked at Holt. As early as 1921, the Dallas Express newspaper mentioned that the graves of 50 African-American World War I soldiers at Holt were being decorated by the American Red Cross. Now, the Department of Veteran Affairs will provide, upon request, a headstone for any U.S. military veteran in an unmarked grave. Since these are more durable than the improvised markers common at Holt, there appears to be a disproportionate number of veterans in the cemetery. A monument near the cemetery entrance lists the names of the veterans interred here.

Adornment of Graves: Watchers
Figurines and sculptural elements representing animals and people may serve many functions. They might serve as protectors, or even symbolize the authority and omniscience of God.
These signs highlight some elements of these traditions which have been written about extensively in the book, No Space Hidden. The Spirit of African American Yard Work by Grey Gundaker/Judith McWillie. (2005). The University of Tennessee Press/Knoxville.