History of the Carillon 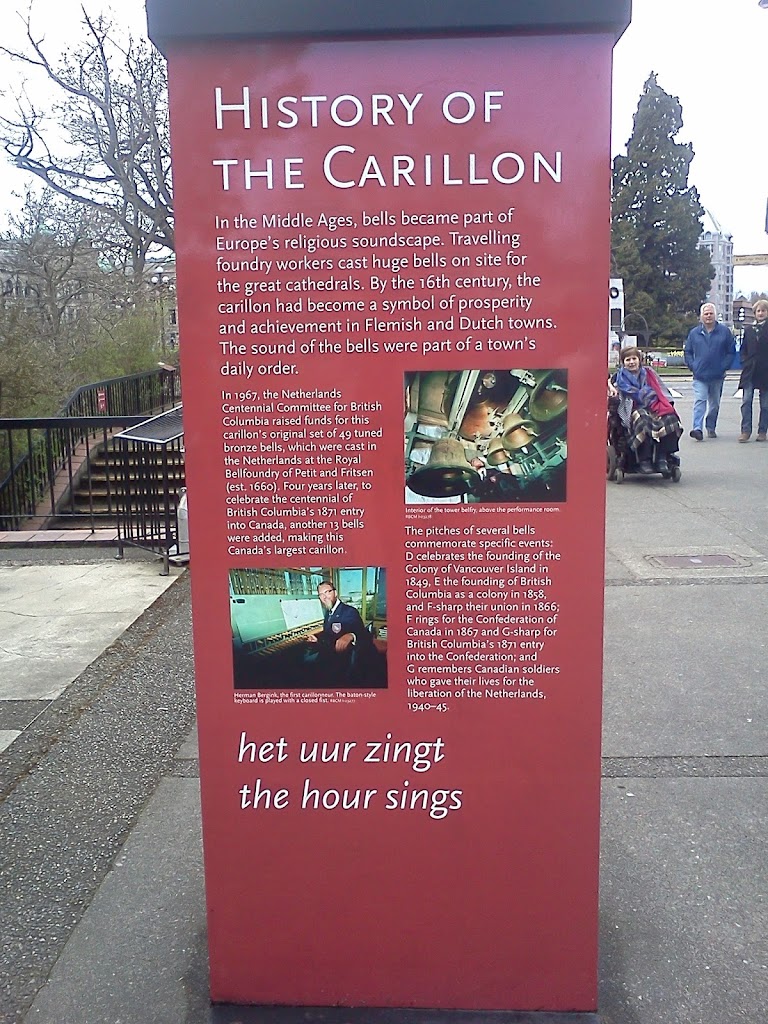 "History of the Carillon

In the Middle Ages, bells became part of Europe's religious soundscape. Travelling foundry workers cast huge bells on site for the great cathedrals. By the 16th century, the carillon had become a symbol of prosperity and achievement in Flemish and Dutch towns. The sound of the bells were part of a town's daily order.

In 1967, the Netherlands Centennial Committee for British Columbia raised funds for this carillon's original set of 49 tuned bronze bells, where were cast in the Netherlands at the Royal Bellfoundry of Petit and Fritsen (est. 1660). Four years later, to celebrate the centennial of British Columbia's 1871 entry into Canada, another 13 bells were added, making this Canada's largest carillon.

The pitches of several bells commemorate specific events: D celebrates the founding of the Colony of Vancouver Island in 1849, E the founding of British Columbia as a colony in 1858, and F-sharp their union in 1866; F rings for the Confederation of Canada in 1867 and G-sharp for British Columbia's 1871 entry into the Confederation; and G remembers Canadian soldiers who gave their lives for the liberation of the Netherlands, 1940-45.

Caption for the image on the right: Interior of the tower belfry, above the performance room.

Caption for the image on the left: Herman Bergink, the first carillonneur. The baton-style keyboard is played with a closed fist."