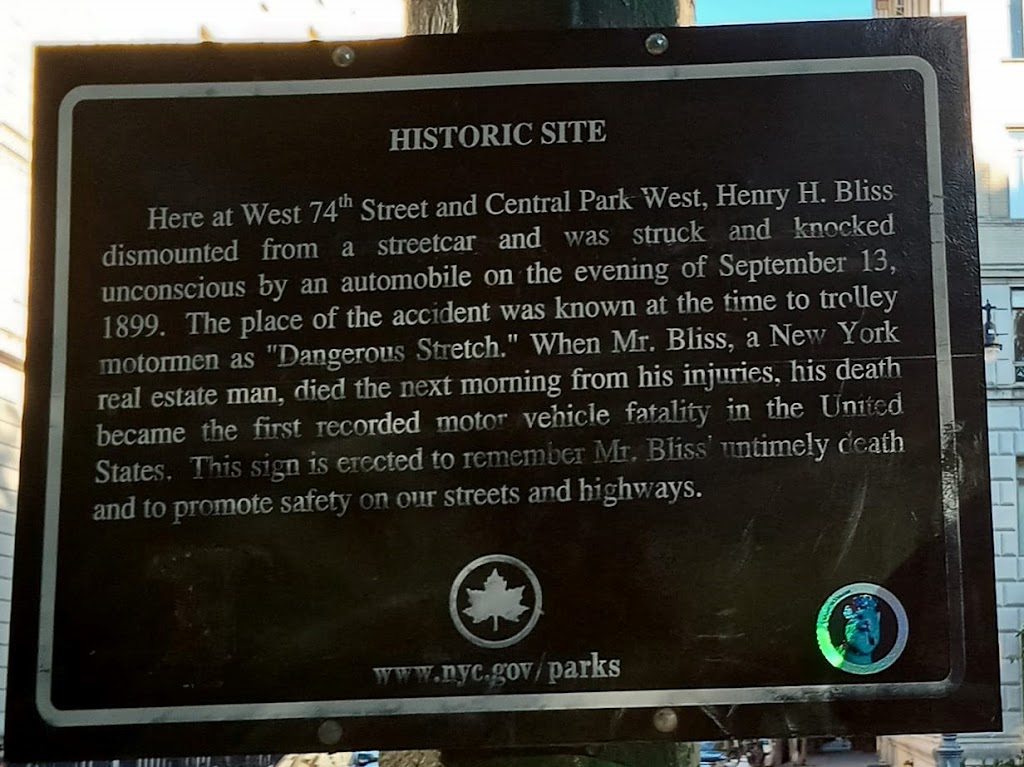 Here at West 74th Street and Central Park West, Henry H. Bliss dismounted from a streetcar and was struck and knocked unconscious by an automobile on the evening of September 13, 1899. The place of the accident was known at the time to trolley motormen as “Dangerous Stretch”. When Mr. Bliss, a New York real estate man, died the next morning from his injuries, his death became the first recorded motor vehicle fatality in the United States. This sign is erected to remember Mr. Bliss’ untimely death and to promote safety on our streets and highways.
Submitted by Erik Lander