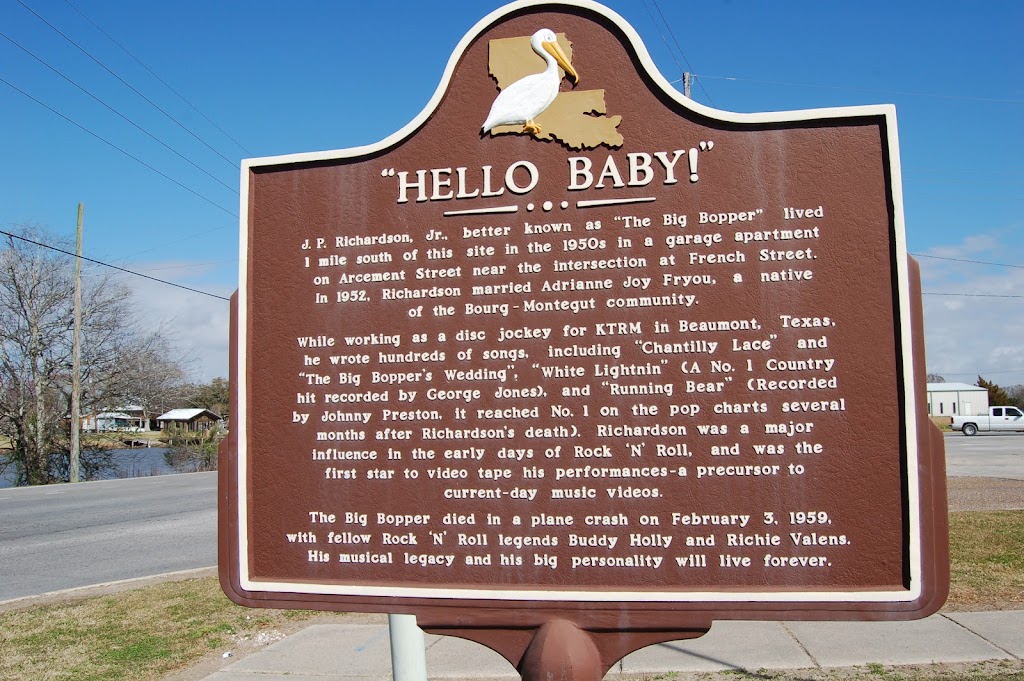 J.P. Richardson, Jr., better known as the "Big Bopper" lived 1 mile south of this site in the 1950s in a garage apartment on Arcement Street near the intersection at French Street. In 1952, Richardson married Adrianne Joy Fryou, a native of the Bourg-Montegut community.While working as a disc jockey for KTRM in Beaumont, Texas, he wrote hundreds of songs including "Chantilly Lace" and "The Big Bopper's Wedding", "White Lightin" (A No. 1 country hit recorded by George Jones) and "Running Bear" (Recorded by Johnny Preston, it reached No. 1 on the pop charts several months after Richardson's death). Richardson was a major influence in the early days of Rock 'N' Roll, and was the first star to video tape his performances - a precursor to current-day music videos.The Big Bopper died in a plane crash on February 3, 1959, with fellow Rock 'N' Roll legends Buddy Holly and Richie Valens. His musical legacy and his big personality will live forever.