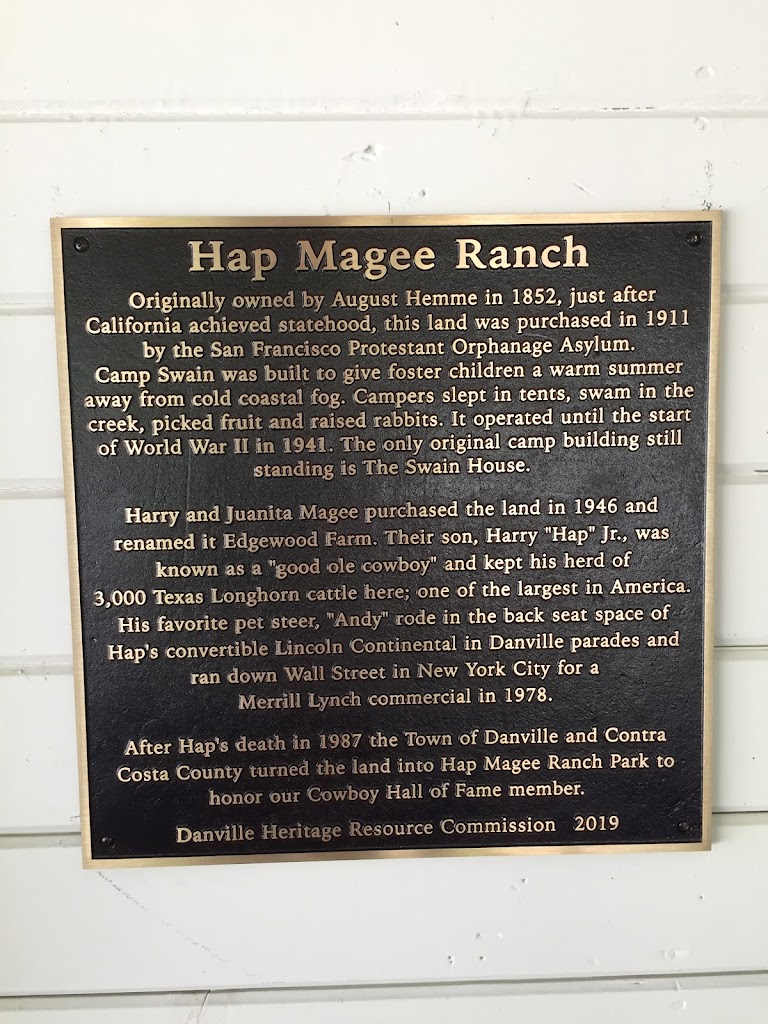 Hap Magee Ranch
Originally owned by August Hemme in 1852, just after
California achieved statehood, this land was purchased in 1911
by the San Francisco Protestant Orphanage Asylum.
Camp Swain was built to give foster children a warm summer
away from cold coastal fog. Campers slept in tents, swam in the
creek, picked fruit and raised rabbits. It operated until the start
of World War II in 1941. The only original camp building still
standing is The Swain House.
Harry and Juanita Magee purchased the land in 1946 and
renamed it Edgewood Farm. Their son, Harry "Hap" Jr., was
known as a "good ole cowboy" and kept his herd of
3,000 Texas Longhorn cattle here; one of the largest in America.
His favorite pet steer, "Andy" rode in the back seat space of
Hap's convertible Lincoln Continental in Danville parades and
ran down Wall Street in New York City for a
Merrill Lynch commercial in 1978.
After Hap's death in 1987 the Town of Danville and Contra
Costa County turned the land into Hap Magee Ranch Park to
honor our Cowboy Hall of Fame member,
Danville Heritage Resource Commission 2019