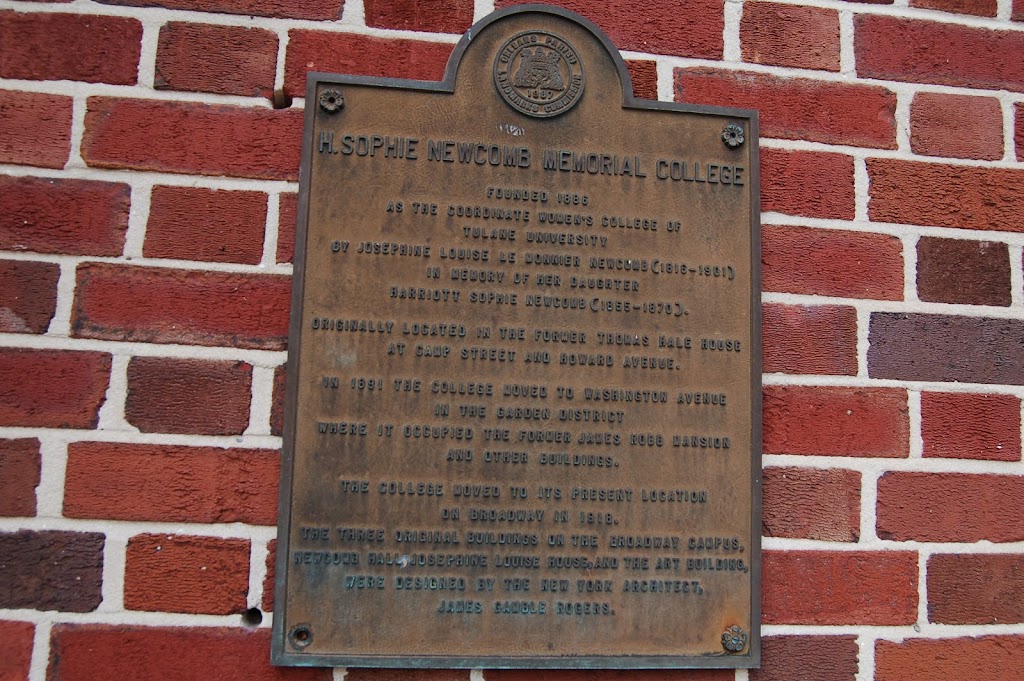 Founded 1886 as the Coordinate Women's College of Tulane University by Josephine Louise Le Mommier Newcomb (1816-1901) in memory of her daughter Harriott Sophie Newcomb (1855-1870).

In 1891 the college moved to Washington Avenue in the Garden District where it occupied the former James Robb Mansion and other buildings.

The college moved to its present location on Broadway in 1918. The three original buildings on the Broadway campus, Newcomb Hall, Josephine Louise House and the Art Building were designed by the New York architect, James Gamble Rogers.