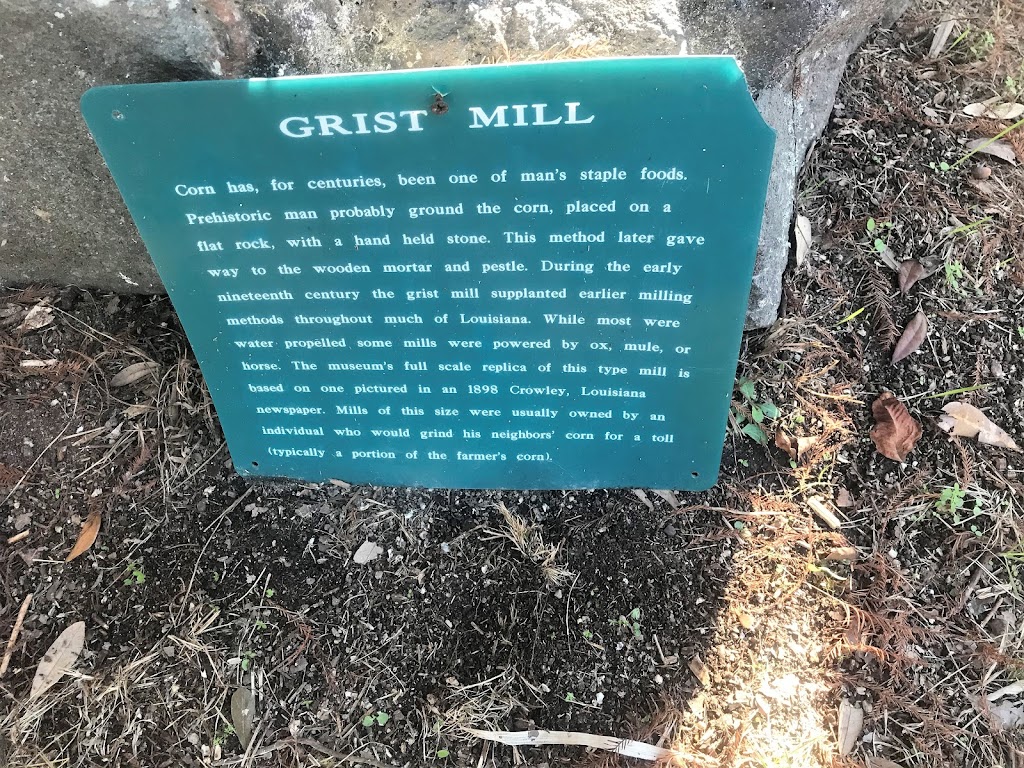 Corn has, for centuries, been one of man's staple foods. Prehistoric man probably ground the corn, placed on a flat rock, with a hand held stone. This method later gave wat to the wooden mortar and pestle.  During the early nineteenth century the grist mill supplanted earlier milling methods throughout much of Louisiana. While most were water propelled some mills were powered by ox, mule or horse. The museum's full scale replica of this type mill is based on one pictured in an 1898 Crowley, Louisiana newspaper. Mills of this size were usually owned by an individual who would grind his neighbors' corn for a toll (typically a portion of the farmer's corn).