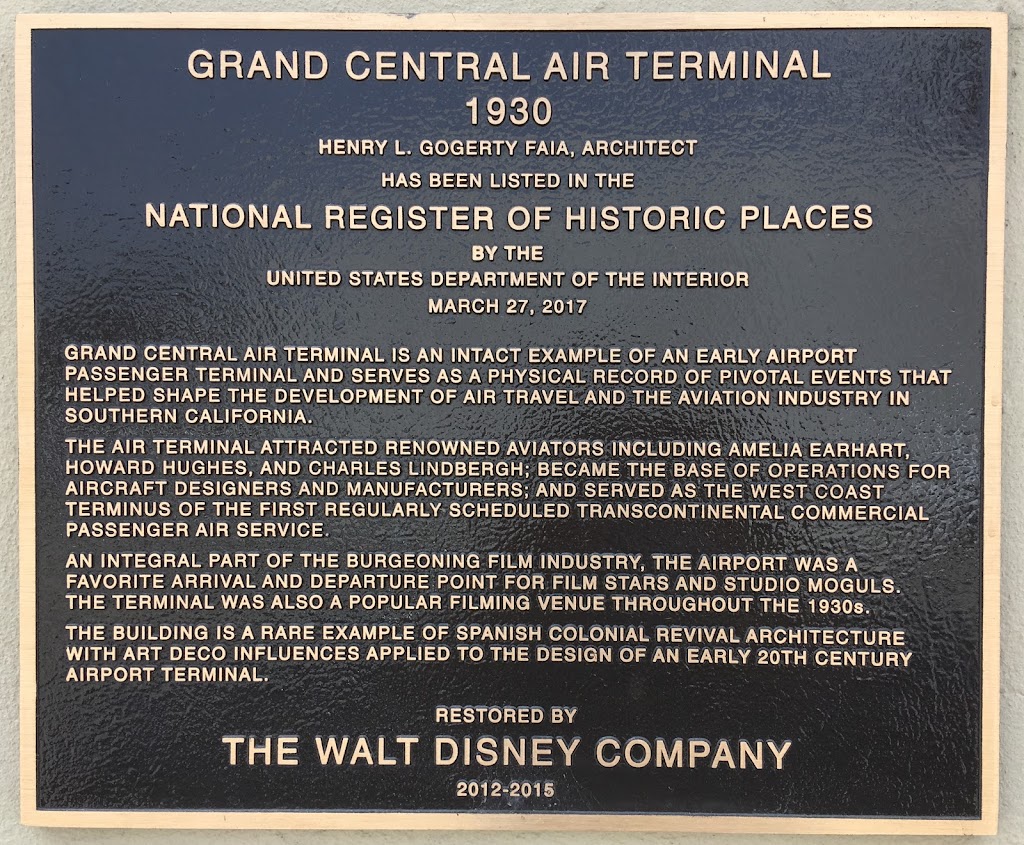 Grand Central Air Terminal is an intact example of an early airport passenger terminal and serves as a physical record of pivotal events that helped shape the development of air travel and the aviation industry in Southern California.

The air terminal attracted renowned aviators including Amelia Earhart, Howard Hughes, and Charles Lindbergh; became the base of operations for aircraft designers and manufacturers; and served as the west coast terminus of the first regularly scheduled transcontinental commercial passenger air service.

An integral part of the burgeoning film industry, the airport was a favorite arrival and departure point for film stars and studio moguls. The terminal was also a popular filming venue throughout the 1930s. The building is a rare example of spanish colonial revival architecture with art deco influences applied to the design of an early 20th century airport terminal.

Listed in the National Register of Historic Places by the United States Department of the Interior, March 27, 2017.