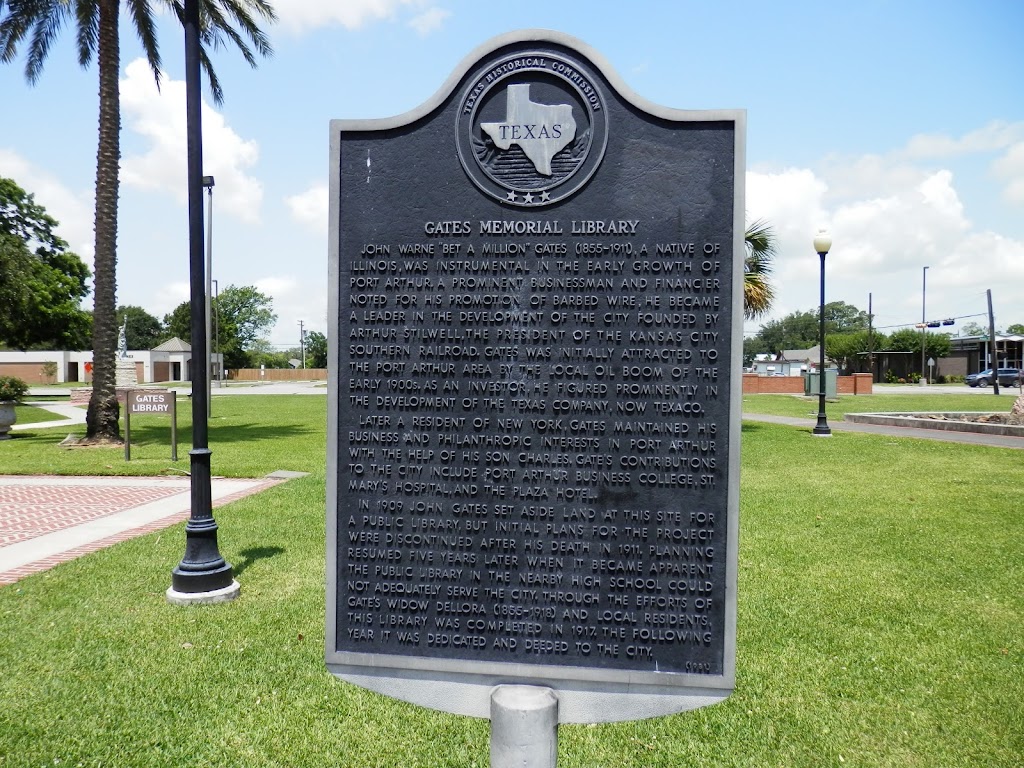 John Warne "Bet a Million" Gates (1855-1911), a native of Illinois, was instrumental in the early growth of Port Arthur. A prominent businessman and financier noted for his promotion of barbed wire, he became a leader in the development of the city founded by Arthur Stilwell, the president of the Kansas City Southern Railroad. Gates was initially attracted to the Port Arthur area by the local oil boom of the early 1900s. As an investor, he figured prominently in the development of the Texas Company, now Texaco.

Later a resident of New York, Gates maintained his business and philanthropic interests in Port Arthur with the help of his son Charles. Gate's contributions to the city include Port Arthur Business College, St. Mary's Hospital, and the Plaza Hotel.

In 1909 John Gates set aside land at this site for a public library, but initial plans for the project were discontinued after his death in 1911. Planning resumed five years later when it became apparent the public library in the nearby high school could not adequately serve the city. Through the efforts of Gate's widow Dellora (1855- 1918) and local residents, this library was completed in 1917. The following year it was dedicated and deeded to the city.