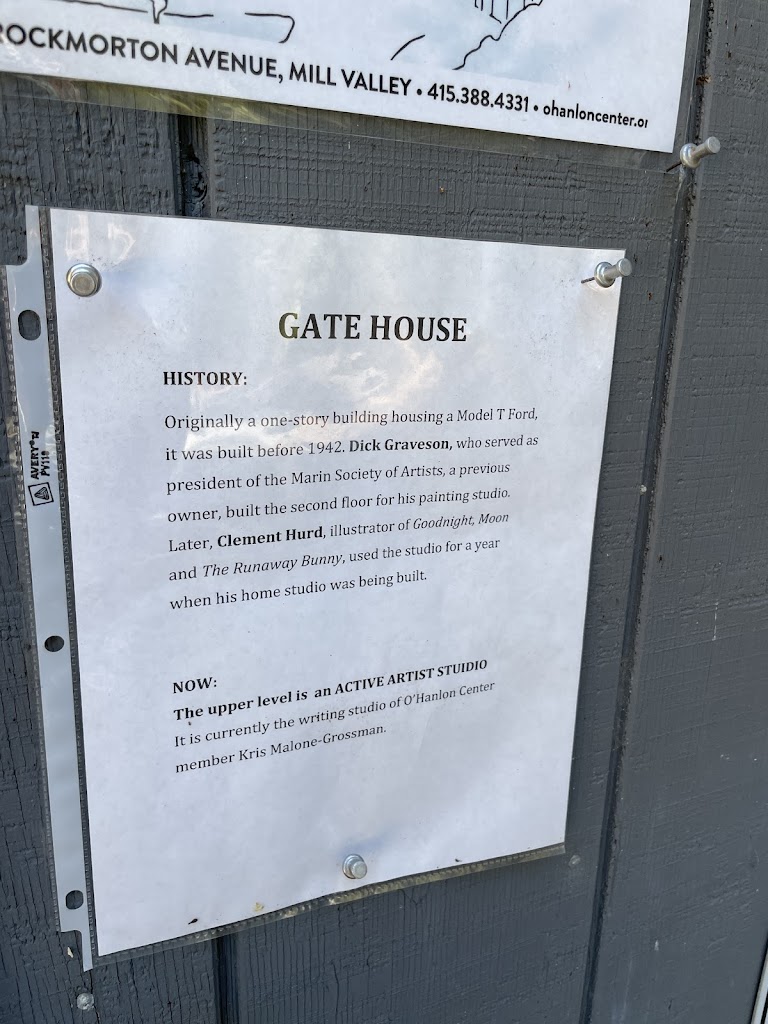 GATE HOUSE
HISTORY:
Originally a one-story building housing a Model T Ford
it was built before 1942. Dick Graveson, who served as
president of the Marin Society of Artists, a previous
owner, built the second floor for his painting studio.
Later, Clement Hurd, illustrator of Goodnight Moon
and The Runaway Bunny, used the studio for a year
when his home studio was being built
NOW:
The upper level is an ACTIVE ARTIST STUDIO
It is currently the writing studio of O'Hanlon Center
member Kris Malone-Grossman