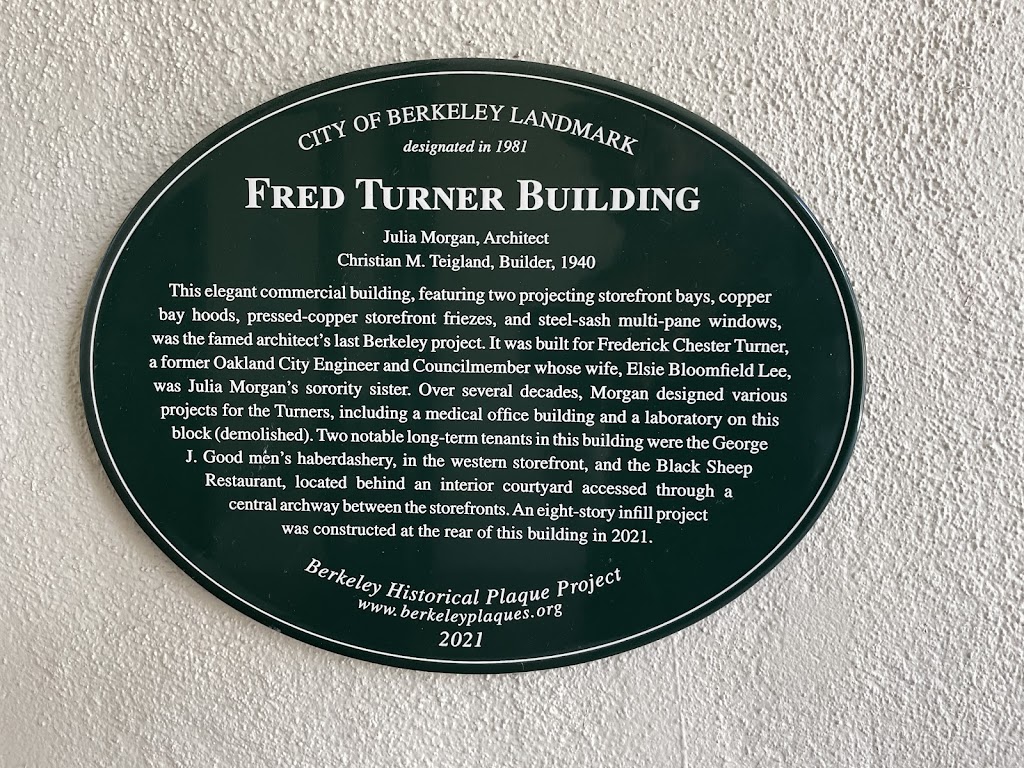 CITY OF BERKELEY LANDMARK
designated in 1981
FRED TURNER BUILDING
Julia Morgan, Architect
Christian M. Teigland, Builder, 1940
This elegant commercial building, featuring two projecting storefront bays, copper
bay hoods, pressed-copper storefront friezes, and steel-sash multi-pane windows,
was the famed architect's last Berkeley project. It was built for Frederick Chester Turner,
a former Oakland City Engineer and Councilmember whose wife, Elsie Bloomfield Lee,
was Julia Morgan's sorority sister. Over several decades, Morgan designed various
projects for the Turners, including a medical office building and a laboratory on this
block (demolished). Two notable long-term tenants in this building were the George
J. Good men's haberdashery, in the western storefront, and the Black Sheep
Restaurant, located behind an interior courtyard accessed through a
central archway between the storefronts. An eight-story infill project
was constructed at the rear of this building in 2021.
Berkeley Historical Plaque Project
www.berkeleyplaques.org
2021