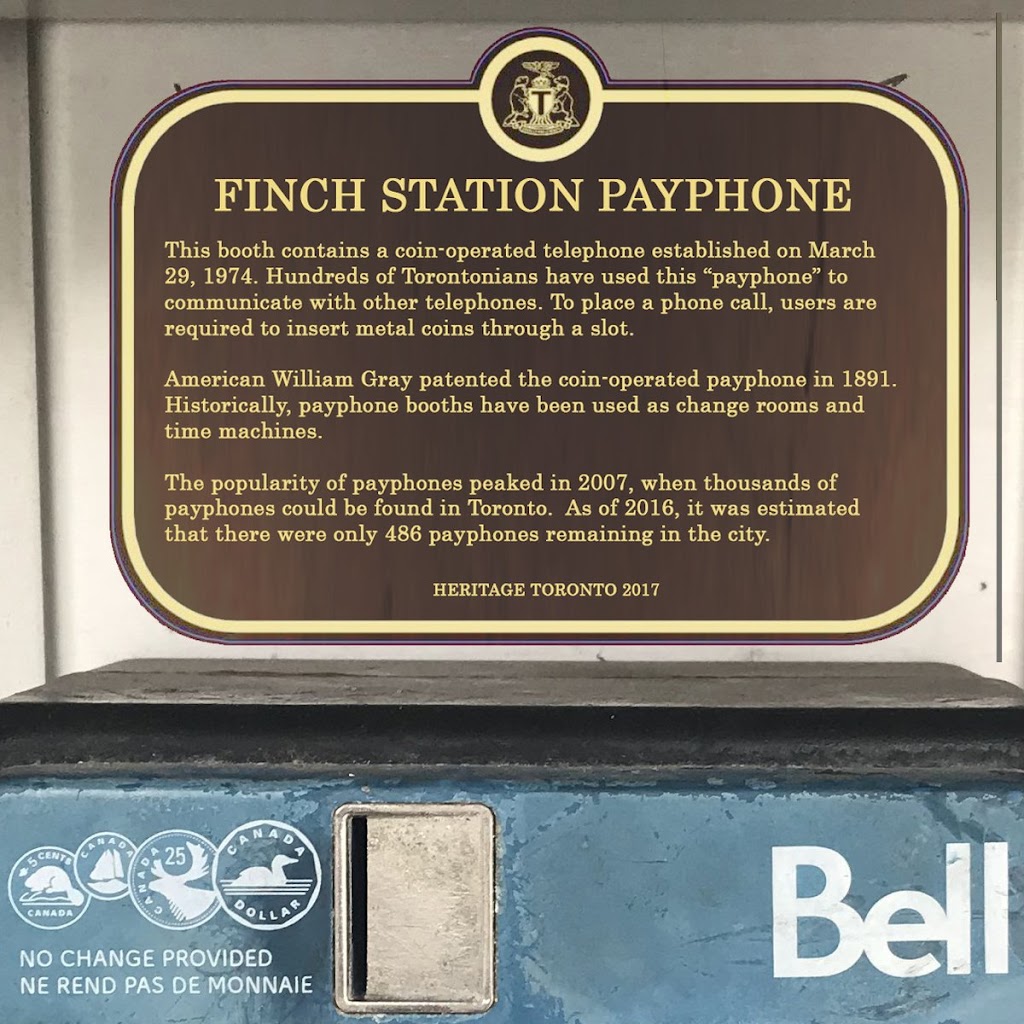 This booth contains a coin-operated telephone established on March
29, 1974. Hundreds of Torontonians have used this "payphone" to
communicate with other telephones. To place a phone call, users are
required to insert metal coins through a slot.

American William Gray patented the coin-operated payphone in 1891.
Historically, payphone booths have been used as change rooms and
time machines.

The popularity of payphones peaked in 2007, when thousands of
payphones could be found in Toronto. As of 2016, it was estimated
that there were only 486 payphones remaining in the city.