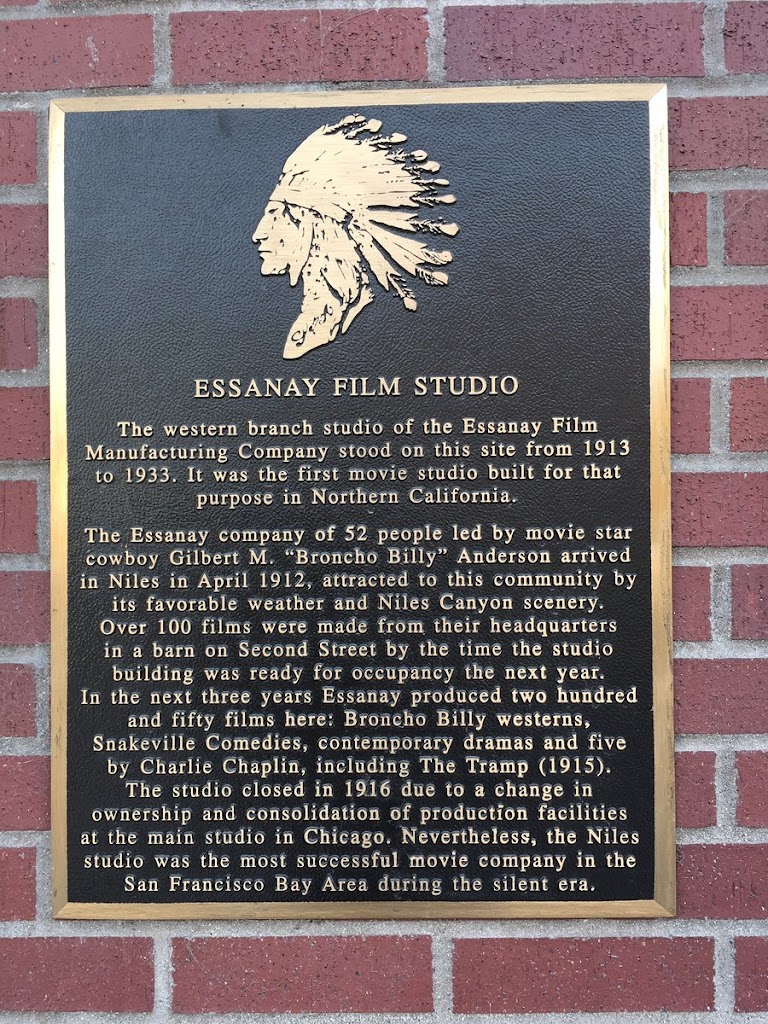 The western branch studio of the Essanay Film
Manufacturing Company stood on this site from 1913
to 1933. It was the first movie studio built for that
purpose in Northern California.
The Essanay company of 52 people led by movie star
cowboy Gilbert M. "Broncho Billy" Anderson arrived
in Niles in April 1912, attracted to this community by
its favorable weather and Niles Canyon scenery
Over 100 films were made from their headquarters
in a barn on Second Street by the time the studio
building was ready for occupancy the next year.
In the next three years Essanay produced two hundred
and fifty films here: Broncho Billy westerns,
Snakeville Comedies, contemporary dramas and five
by Charlie Chaplin, including The Tramp (1915).
The studio closed in 1916 due to a change in
ownership and consolidation of production facilities
at the main studio in Chicago. Nevertheless, the Niles
studio was the most successful movie company in the
San Francisco Bay Area during the silent era.