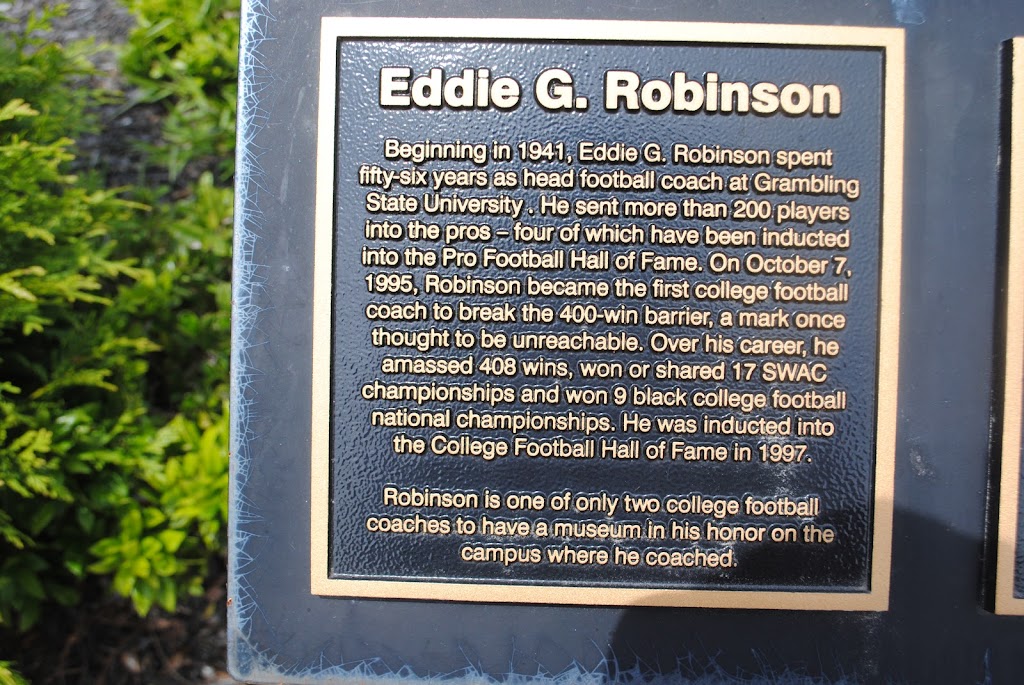 Beginning in 1941, Eddie G. Robinson spent fifty-six years as head football coach at Grambling State University. He sent more than 200 players into the pros -four of which have been inducted into the Pro Football Hall of Fame. On October 7, 1995, Robinson became the first college football coach to break the 400-win barrier, a mark once thought to be unreachable. Over his career, he amassed 408 wins, won or shared 17 SWAC championships and won 9 black college football national championships. He was inducted into the College Football Hall of Fame in 1997.

Robinson is one of only two college football coaches to have a museum in his honor on the campus where he coached.